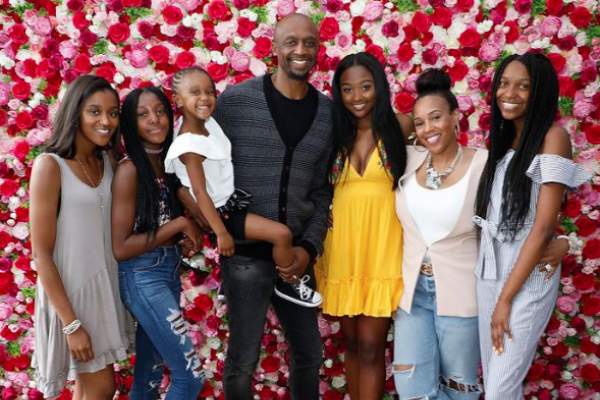 Jason Eugene Terry, aka Jason Terry, is a well-known American professional basketball coach and a former professional player. He serves as the head coach for the Grand Rapids Gold of the NBA G League. As a player, Terry played in the NBA for 19 seasons.

Besides his prosperous basketball career, the 44-year-old is a family man. He enjoys a blissful married life with his wife, Johnyika Terry, and their children. Many fans might be curious to know what his kids are doing at present. So, today, we will learn more about Jason Terry’s children in this article.

As the title suggests, the head coach shares five girls with his spouse, Johnyika. The couple first welcomed their eldest child, Jasionna Terry, into their family, who arrived when Jason was still a player in 1997. Then three years later, their second baby girl, Jalayah Terry, arrived.

Then in 2005, Johnyika gave birth to their third little girl, Jaida Terry. Two years later, on June 20, 2007, the coach’s fourth child, Jasa Azuré Terry, arrived. Finally, his youngest bundle of joy, Jrue Emani Tene Terry, was born in December of 2014. Growing up, all of Jason Terry’s daughters must have had a fun and lively childhood.

Jason Terry’s two eldest baby girls have grown to be gorgeous young adults. Jasionna completed her bachelor’s studies at Texas Christian University, graduating in 2020. She is currently pursuing a Master’s of Science in Criminal Justice and Criminology at the same college. In addition, she is also in a relationship with a guy named Tim-Isaiah Alston.

On the other hand, Jalayah is currently in her final year at Arizona State University, majoring in accounting. She will be graduating in December of 2022. Furthermore, Jason Terry’s daughter is working as a launch intern at a multinational professional services network called EY.

How Are Jaida, Jasa, And Jrue Growing Up?

As he has five children, fans must also expect some of his kids to play or show any interest in basketball. Well, among them Jaida seems to be a basketball player. Furthermore, her team coached by her dad was supposed to play against the late NBA star Kobe Bryant’s daughter, Gianna Bryant‘s led team, on the day of their tragic death.

Surprisingly Jason Terry’s youngest daughter, Jrue, is the only one among her sisters who has a public Instagram account. She also updates her social media quite often. The seven-year-old started elementary school in 2021 and is in the 1st grade.

Well, it seems Jason Terry’s children are leading quite happy lives. They must enjoy a comfortable life with their parents. Nonetheless, we wish the best to the Terrys in their future endeavors.

Jasionna is the name of a village in the administrative district of Gmina Wronk in Poland, which could mean “ash tree.” Jalayah’s given name may be a form of Layla which means the “beauty of the night.”

Jaida is a name of English origin and means “precious stone” or “green stone.” On the other hand, Jasa is an Arabic/Muslim name that means “God is Gracious.” Finally, Jrue’s given name is primarily a gender-neutral name of American origin, meaning “manly.”