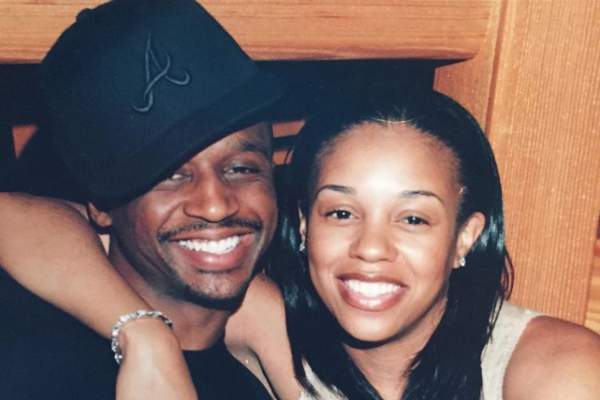 Jason Terry, whose full name is Jason Eugene Terry, is a renowned American professional basketball coach and a former player. He serves the Grand Rapids Gold of the NBA G League as their head coach. As a player, Jason played in the National Basketball League for 19 seasons.

Aside from being a head coach, Terry is a devoted family man. He enjoys a blissful marital life with his spouse and five daughters. Many fans must be curious to know about his missus. So, in this article, we will look into Jason Terry’s wife, Johnyika Terry, and their love life.

Prefers To Stay Out Of Spotlight

Despite being in the limelight due to her husband, Johnyika appears to prefer to live in privacy. She is only active on Facebook but doesn’t update it quite often. However, there is a possibility that she actively posts privately for her close friends and family members.

As per Johnyika’s social media handle, she is from Seattle and went to Garfield High School. After graduation, she attended Washington State University in Pullman, Washington. Nonetheless, unlike Johnyika, her husband is very active on social media platforms. Jason Terry frequently posts on his Instagram and Twitter handles and also updates his Facebook page.

As per a few sites, Johnyika and Jason started as friends before marriage. Jason Terry’s wife went to a rival school of Franklin High School, of which he is an alumnus. Due to their schools being rivals, Johnyika would attend Jason’s basketball matches and jeer him.

However, the pair eventually became good friends off the court. And as time passed, the duo fell in love with each other and started dating. After a few years, the lovebirds exchanged their wedding vows. Well, there isn’t much information about the couple’s marriage, but from a post made by the basketball head coach, we know that the two got married in 2002.

The smitten pair have been married for almost two decades and will be celebrating their 20th anniversary in August 2022.

Jason Terry’s Wife Is A Mother Of Five

As the title suggests, Jason and his spouse share five children, all girls. Jason Terry’s eldest daughter, Jasionna Terry, was born when he was still playing in 1997. She is a graduate of Texas Christian University. The couple’s second daughter, Jalayah Terry, is three years younger than Jasionna. She earned her Bachelor’s degree from Arizona State University.

Johnyika gave birth to their third baby girl, Jaida Terry, in 2005. Then, their fourth little one, Jasa Azuré Terry, was born two years later. Finally, their youngest bundle of joy, Jrue Emani Tene Terry, arrived in December of 2014. Except for Jrue, all of Jason Terry’s daughters have private Instagram accounts.

A post shared by Jason “The Jet” Terry (@jasonterry31)

Even though Jason Terry’s wife is a private person, she must be living a comfortable and joyful life with her family. Hopefully, Johnyika will reveal more about herself in the future. Nonetheless, we wish her and her close ones happy and prosperous lives.