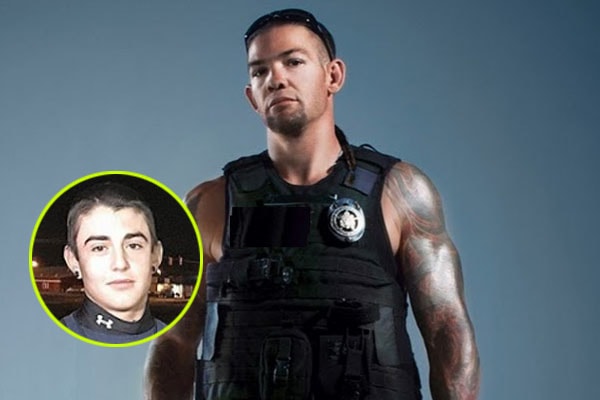 Cobie Chapman, Leland Chapman‘s son with ex-wife Maui Chapman was born on December 7, 2000. He is the second child of Leland and Maui.

Cobie is the younger brother of Dakota Chapman born in March 1995. He also has a cute little half-sibling, Leiah Breanna Chapman who is Leland’s daughter with ex-girlfriend Lynette Li. His father is married to Jamie Pilar Chapman since 2016.

Cobie Is Yet Another Member In The Bounty Business

Leland Chapman’s son Cobie Chapman is the youngest one in the family business. Just like his brother Dakota, he also chose to be in the bounty business at a young age. All the Chapman boys are down on the same lane following Dog the bounty hunter Duane Chapman. Cobie is yet another descendant to keep the legacy of the Chapman family.

Cobie’s dad Leland is one of the proud fathers who doesn’t miss any chance to appreciate his sons. This young man is under the guidance of his father. He mostly spends time with Leland having practice and polishing session. We can see he’s attained some phenomenal moves which his dad proudly shares on his Instagram.

Besides keeping up with the business, Cobie loves hanging out with his friends on the beach. Passion for surfing runs in the blood of Chapman brothers Cobie and Dakota. They are fond of water and nature as they were born and raised in one of the beautiful places on the Earth. Both Cobie and his brother Dakota share the same energy and spirit for life. Also, the handsome face.

With his dad as a mentor and an inspiration, Cobie is surely going to keep the business running along with his brother Dakota. We are only waiting to see him all geared up with loaded guns!

Cobie is a name for a boy. It is a pet form of the name Jacob which means God may protect.