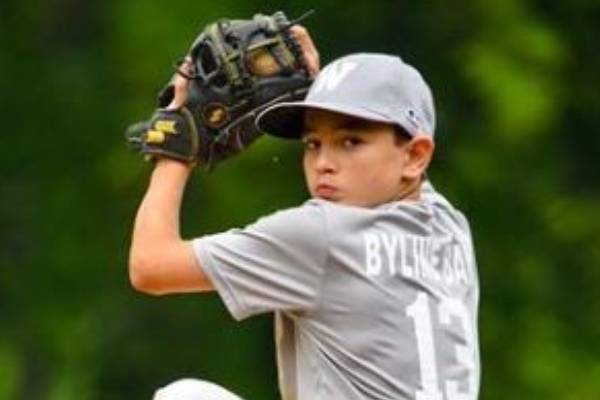 Brandon Hyde is a baseball manager currently managing the Baltimore Orioles of the Major League Baseball. He is also a former player, having played in both MLB and minor league. As a result, he is popular among baseball fans and has also amassed a fortune to his name.

Because of his popularity, many people follow his personal life and want to learn more about his lovelife and fatherhood. Thus, today let’s learn in detail about Brandon Hyde’s son, Colton Hyde, and how he is growing up.

Only Son Of The Hyde Couple

The famous baseball player Brandon Hyde shares a blissful marital life with Lisa Hyde. The couple that met in the spring training 2003 dated for a while and got married. Since then, the lovebird has welcomed two kids together, including their only son, Colton Hyde.

Brandon Hyde’s son with Lisa Hyde, Colton, was born in 2008 and bears a striking resemblance to his father.

Although Brandon’s baby boy is his only son with his wife, Lisa, he is not the couple’s only child. Colton has two sisters, one of whom is older than him while the other is younger.

Colton’s parents have kept details about him and his sisters private. However, the siblings seem to have a great bond with each other and are growing up together.

As mentioned earlier, Colton Hyde’s dad, Brandon, is a baseball manager and a former player. Because of his involvement in the sports world, Brandon’s son has also developed an interest in baseball.

While talking to The Baltimore Sun, the Orioles manager mentioned that Colton started coming to the ballpark with him a lot in 2014 and 2015 and grew up in the Cubs clubhouse. He must have learned a lot while watching his father playing and managing various teams.

Going through his Instagram, we can see that Brandon Hyde’s son Colton has followed in his footsteps. He currently plays for the Sarasota Vipers.

Brandon’s baby boy, Colton Hyde, might become a successful baseball player if he chooses to go professional in the field. We wish him all the best for his future.

Goes Fishing With His Friends

In addition to baseball, Colton is also interested in fishing. He has shared a few photos of him fishing with his friends. Fishing might be his hobby, and he has shown off his catch on his Instagram. But it seems like Hyde is the only one among his siblings who enjoy it as his sisters are more into horseriding.

Colton Hyde’s elder sister, Aria, seems to have been involved in horseback riding for a long time now. Colton’s dad has also mentioned that his youngest daughter also does horseback riding. While the brother and sisters have different hobbies, they are undoubtedly supportive of each other.

Moreover, Brandon Hyde’s son, Colton Hyde, seems to be doing great in his life. We hope that he succeeds in any career path that he chooses to follow in the coming days.

The name Colton has an English origin, and its meaning is Cole’s Town.