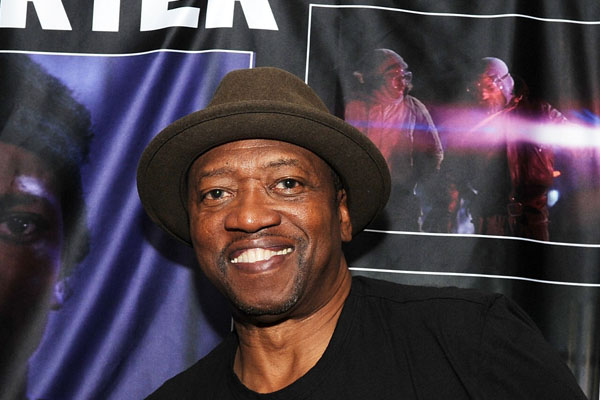 T.K. Carter is an American Comedian who has been winning everyone's heart with his witty humors. Image Source: Getty Images.

The actor who has been making us laugh and grin with his humor by portraying characters like the street-smart Chester in Seems Like Old Times and the karaoke-singing Iceman in Ski Patrol, T. K. Carter has been active in the acting scenario since 1976. Born as Thomas Kent Carter, T. K. Carter made his TV debut in NBC series Police Woman which screened in the early 1970s. In the midst of his career, he married the love of his life, Janet Carter.

The American Comedian, who has gathered an enormous number of significant works in his professional resume, T. K. Carter was finally able to marry his muse after a lot of struggle from working on Disneyland to getting recognized as one of the great impersonators. T. K. Carter is married to Janet Carter and seems to have an incredible bond. Even though the exact date of their wedding is not known, we surely can see that they have been together for a very long time looking at the chemistry they show on public events.

The laughter king, T. K. Carter, is already 63-years-old and has spent massive time in the silver screens. Looking at the love he has for his wife and the time they spent together, we can assume that they may have children. So, let’s dig more into it.

Does He Have A Son?

The stand-up comedian expert, T. K. Carter, seems to have a son, and we just came to know about it. Is it one of his pranks or a truth? Well, T. K. appears to be the biological father of Thomas Scott, according to Distractify. Thomas Scott is the co-founder of You Ball Training, who became the assistant coach for the NBA for 2011-2013. The reveal of Thomas Scott to be adopted by his named dad Byron Scott and his biological father is T. K. Carter was done by Thomas’s wife Kristen Scott on an episode of Basketball Wives.

As the rumor about Thomas’ adoption aired around, it seems that T. K. Carter got the whiff of it as he posted two pictures on his Instagram stating that Thomas Scott is his son and is happy to have a cute granddaughter as well. However, it is still a mystery as Thomas Scott has not addressed this rumor at all. Also, looking at the posts made by T. K. Carter, we can see that he is a massive fan of basketball and Los Angeles Lakers to be particular, and Thomas Scott was the assistant coach for Lakers for 2014-2016.

Afterall T. K. Carter is a lively person and very kind-hearted too. We hope he is in good health and is living in great comfort with his wife, Janet Carter. Maybe T. K. Carter wants his children to live a low-profile life, who knows right? We wish all the best to T. K. Carter’s children, who are unknown to the world.