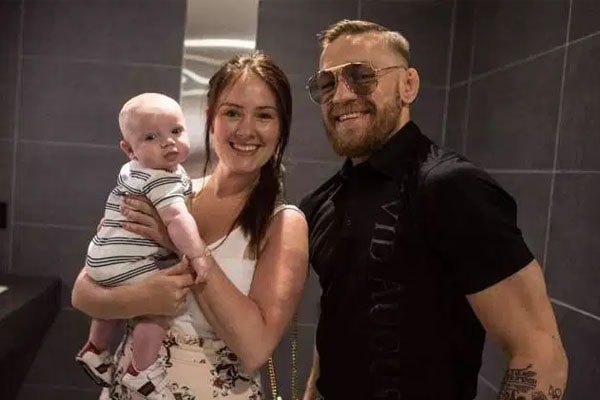 During the time of birth, Conor McGregor’s son weighed at 8 pounds and 14 ounces. The whole family, including Conor McGregor’s dad Tony McGregor, was delighted. There were no any complications at the time, and both the mother and child were excellent and healthy.

Conor McGregor’s son Conor Jack McGregor Jr. is already a huge superstar. Like Snoop Dogg’s grandson, Zion Kalvin, Jack already has his own Instagram account. He probably has got more followers than you with not a single post being uploaded yet. As of August 2018, the son of Conor McGregor, Jack has gained over 161K followers. He is only following his father Conor and mother, Dee.

He also has a small Spyder car for his comfort. Plus he also owns a Lamborghini, perks of having a multimillionaire father. Conor McGregor’s Net worth is $108 million.

And looking at Conor McGregor, he is planning to make his son a great fighter like he is. The small McGregor has already stepped into the training ring and has won a couple of bouts against his father too.

Going through, Conor McGregor’s Instagram, we can see how much his son means to him. He keeps on uploading his son, Conor Jack McGregor Jr’s photos a lot on social media. Since he is too young to decide on a career at the moment, but his father definitely wants him to be a fighter.

Soon to be the wife of Conor McGregor, Dee Devlin has been beside her partner for over eight years now. Dee even quit her job to support her other half. McGregor stated that his girlfriend, Dee Devlin has helped him throughout his career.

The feeling is mutual on the other side too. Conor McGregor’s girlfriend Dee Devlin also told that she tries to help him out all the time.

For the time being The Notorious One is busy preparing his big fight against the Russian MMA fighter Khabib Nurmagomedov.

The name Conor is an Irish Origin name. It means ‘lover of wolves and hounds’ The name fits perfectly for the senior Conor but looks like he wants his son to be like him, bold and strong.

Jack means ‘God is gracious’ in English and maybe Conor wants god to be gracious to his son too.