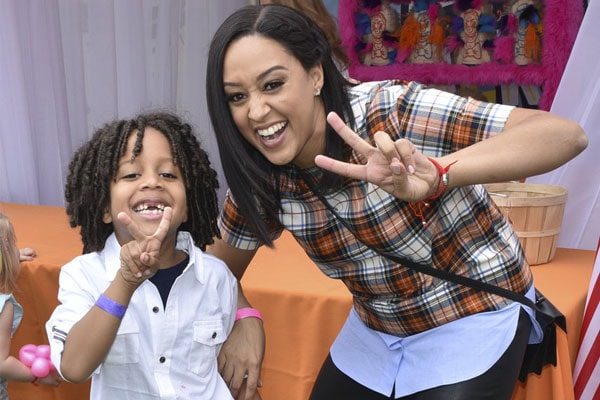 Cree Taylor Hardrict is the son of Tia Mowry

The “Sister, Sister” actress, Tia Mowry’s son Cree Taylor Hardrict, was born in the 28th of June, 2011. Tia had her son Cree with husband, Cory Hardrict.

Cree has also appeared in many episodes of “Tia & Tamera,” his mother’s reality TV show. So we can say that the son of actress Tia Mowry is also a reality TV star. The 7-year-old Cree is not the only kid in the family, his mother Tia gave birth to a little baby girl named Cairo Tiahna Hardrict on the 5th of May, 2018.

Tia Mowry’s Son, Cree Wants To Be Like Father Cory

The handsome Cree Taylor Hardrict was kind of known for his long locs. But after nurturing his hair for six years, he finally decided to cut his hair, and who helped him? Obviously his mother, Tia Mowry. According to Tia’s Instagram caption, his son specifically stated how he wanted his hair and asked his mama to cut his hair like his father’s.

And when the chopping was completed, Tia uploaded a photo of her son giving up a thumbs up. So looks like the kid loved his new hair. It was for the very first time that Tia Mowry’s son had a haircut.

Before this, some time back Tia had asked her son if he wanted a haircut, but at that time the little Cree didn’t want to do so. And as for this time, Cree himself asked for his hair to be cut; Tia went on with the decision.

As stated earlier, Tia Mowry gave birth to her second child and Cree Taylor’s little sister Cairo Tiahna Hardrict a few months ago. And it looks like Cree is already fulfilling his duties from his side of being a responsible elder brother.

Tia uploaded an adorable photo of Cree bottle-feeding his cute sister on her Instagram. The relationship between the brother-sister duo can’t get much stronger than this, can it?

The name Cree is a Tribe name. It has a Native American origin which means “Highly Spirited.”

As for the name Taylor, it is an English occupational name.