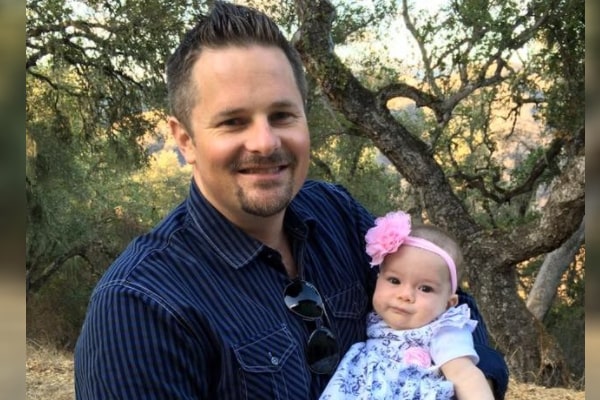 Creed Bratton's Son Beau Bratton has a successful career and a beautiful bride by his side. Image Source: Beau Bratton's Facebook.

Creed Bratton is a legendary musician and an American character actor. He is also a former member of the rock band the Grass Roots and best known for playing a fiction version of himself on The Office. Furthermore, his Office’s role earned him five nominations for the Screen Actors Guild for Outstanding Performance.

Besides having a triumphant carer, the 77-year-old is a doting father of two kids from two different marriages. He welcomed his first child, Annie Bratton, with his wife, Josephine Fitzpatrick, and a son with his second wife, Claudia Bratton. For now, we will be following Creed Bratton’s son, Beau Bratton, who shares his hobby with his father.

Aforementioned, musician Creed Bratton welcomed two kids with his two wives. He had a son and a daughter with his wives, Claudia and Josephine Bratton. Well, Creed Bratton’s son, Beau Bratton, was born to his second wife, Claudia Bratton.

The former couple were married for only seven years and welcomed their only child. Creed and Beau seemed to share a beautiful bond and had a lovely childhood. Moreover, he seems to have a close relationship with his half-sister.

Moreover, Creed Bratton’s son, Beau Bratton, is a constant face on his Instagram. The father-son duo usually goes on fishing trips together. Besides being a good son, Beau Bratton is also a successful entrepreneur.

As mentioned earlier, Creed Bratton’s son, Beau Bratton, is a successful person on his rights. Although he rose to fame as a star child, he stayed away from the show biz and wholly altered his path.

The Questa College graduate, Beau Bratton, amassed experiences from different companies in different roles, including Sales Executive, account executive, national advertising sales manager, etc. Moreover, Beau made significant accomplishments in life on his own. But his success matches nothing to his blissful marriage and fatherhood.

A man’s success is measured not just by his professional success but also by the amount of love s/he shares. In that prospect, Creed Bratton’s son, Beau Bratton, is a very successful person who has a stable career and a beautiful wife.

Beau and Lygia Reicoli Bratton are married since 15 December 2007. Furthermore, Beau Bratton’s wife, Lygia, is a UCLA graduate and prefers to live mostly away from the media.

Although there isn’t much on the Bratton couple’s relationship, it is evident that they are very much in love with one another. Moreover, they enjoy a blissful marital life, traveling together, and making beautiful memories.

Creed Bratton’s son, Beau Bratton, not just enjoys a beautiful relationship with his wife but also is a doting father. The Bratton couple welcomed two children from their decade-long marriage. Beau often posts about his daughters on his Facebook.

Well, Creed Bratton’s son, Beau Bratton, is a successful young man with a beautiful family. Therefore, let’s hope to hear more about the fishing tour in the coming days.

The name Beau means beautiful, which has a French origin.