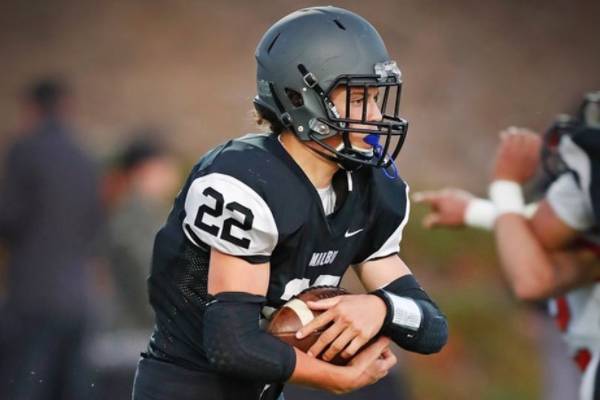 Dane Rio Kapler is a rising athlete who is famous for being Gabe Kapler's Son. Image Source: Dane Kapler Instagram.

Gabriel Stefan Kapler is a retired American baseball outfielder and coach who played for MLB teams like the Detroit Tigers, Texas Rangers, Milwaukee Brewers, and Tampa Bay Rays. Following a successful playing career, the player-turned-coach managed MLB teams and is currently the manager of the San Francisco Giants.

Almost every sports enthusiast and those interested in baseball are likely to be familiar with Gabe Kapler. However, few people know his personal life, including his marriage with his ex-wife Lisa Jansen and his children. So, naturally, many are eager to learn more about his personal affairs.

So, without much delay, let’s get to know Gabe Kapler’s son, Dane Rio Kapler, a bit better.

Dane Kapler was born to Gabe Kapler and his former partner Lisa Kapler in 2001. Gabe Kapler’s son was born and raised in Tarzana, California, alongside his elder brother Chase Ty Kapler. Unfortunately, as Dane was raised away from the limelight, little is known about his upbringing.

Gabe and Lisa divorced when their youngest son was only a child. However, as the former couple agreed to co-parent their children, Dane and his brother grew up sharing a close bond with both of their parents. Furthermore, even after the divorce, Kapler’s parents share no ill feelings towards each other, so we can assume that Dane and his brother had a pleasant childhood.

Talking about his brother, Chase Kapler is currently at the University of California, Los Angeles. He previously played football as a quarterback at Malibu High School. The siblings are close to one another and often travel together with their father.

Therefore, for the time being, let us look forward to Dane and his family prospering in their lives.

Is An Up And Coming Athlete

The apple doesn’t fall far from the tree in many cases. Many of our favorite athletes have passed on their talents to their offspring. Sometimes, the younger generation may even outperform their guardians. Unsurprisingly, the celebrity kid, Dane Rio Kapler, seems to be a youngster making a reputation for himself in athletics.

However, while the world may recognize Dane as Gabe Kapler’s son, the athlete’s child is eager to make his own mark. Kapler does not share his father’s passion for baseball, he has been a lifelong football fanatic who began playing at a young age. And from the looks of it, Gabe’s child is doing rather well for himself.

Dane went to Ventura High, where he played with Ventura Cougars throughout his high school days. He played as a running back and linebacker for his team. Furthermore, after graduating, he enrolled in The University of British Columbia and is playing as the running back for the university team.

Even though Kapler has not participated in any notable matches, he has already made headlines for his outstanding performances in the games he has played in. So, while Gabe Kapler’s kid does not feel obligated to pursue a predetermined path, there is a chance he may continue to carve out a place for himself in the sports world.

For that, we wish him the best and hope he finds success regardless of what he chooses to do in the coming days.

As mentioned above, Gabe Kapler’s kid is currently enrolled at The University of British Columbia, where he excels at sports. However, aside from football, Dane is also pursuing a degree in Forestry from the University.

Going through Dane Kapler’s Instagram, it is evident that he enjoys being out in nature and partaking in enjoyable activities. Moreover, he has also shared numerous pictures of him going on treks with his friends in different places on his social media accounts.

For the time being, Kapler’s son is thoroughly enjoying his college experience traveling with friends and focusing on making his way into professional football. So, we wish Dane Kapler the best for his future and hope to see his name on headlines more frequently in the future.

The name Dane is a Scandinavian male name that means “God is My Judge.”