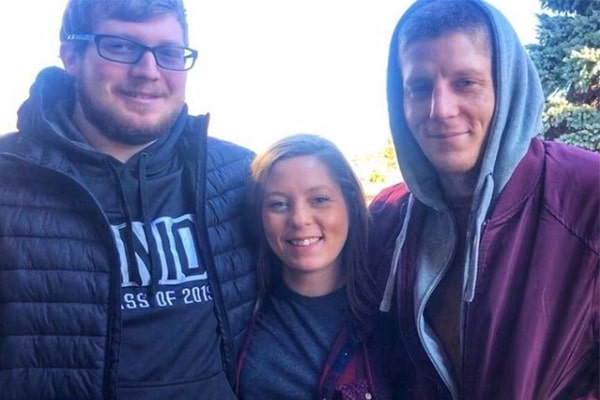 Dave Canterbury is not a new name for those who have watched the Dual Survival on Discovery Channel. This survival expert has been in the spotlight for many years due to the show and has also found fame due to his YouTube channel. Furthermore, he has also opened his own business, Self Reliance Outfitters that produces tools used for survival techniques.

The television personality has gained millions of fans due to his charismatic personality. However, apart from his skills, fans are also excited to learn more about Dave’s personal details, including his love life and kids.

So, today let us get to know more about Dave Canterbury’s children.

Father To An Adopted Son

Dave Canterbury and his lovely wife, Iris Canterbury, have been married since 2002. And together, the Canterbury pair are adoptive parents to their son Jameson Dykes. Dave and Iris started raising Jameson since he was just five days old. And as per one of her Instagram posts, he is the son of Iris’ brother.

Dave and Iris Canterbury had to fight a long battle legally to adopt him. But, at last, they were able to adopt him, and now he is a big part of the family.

Furthermore, Dave Canterbury’s son, Jameson, graduated from high school in 2019 at the age of nineteen. He had a rough childhood, and due to instability in his life, Dykes had to repeat few years at school. However, after being adopted by the Canterbury couple, Jameson has continued to excel in his life.

Furthermore, Jameson Dykes is helping his adoptive dad, Dave, in his business. He is a big part of the company Self Reliance Outfitters and is involved in weapon manufacturing. But apart from his professional details, not much is known regarding Dykes’ love life. Let’s hope we get to learn more about Iris and Dave Canterbury’s adopted son in the coming days.

Along with his adopted kid, Dave Canterbury is said to have two children, Skylar Canterbury and Omere Canterbury. However, the survival expert has never mentioned them or posted pictures of Skylar and Omere on his social media.

It looks like Dave Canterbury’s children, Skylar and Omere, prefer living a private life away from the spotlight. Nonetheless, they must be proud to have such a talented survival expert as their father.

Moreover, Canterbury also has two stepchildren, Aaron Rayburn and Sierra Adams, from his wife, Iris’ previous relationship. Both Aaron and Sierra are grown-ups and have their own family.

Sierra Adams is happily married and has three children: two daughters and one son. Although Aaron seems to keep his personal life private, looking at his parents’ Instagram, he is a father of two sons. However, it is not clear if he is married or not.

At present, Dave Canterbury’s stepchildren, Aaron and Sierra, are also involved in the manufacturing part of the business. As a result, they play a significant role in making Dave’s business, Self Reliance Outfitters, successful.

Even though Aaron and Sierra are not his biological kids, Dave seems to be very close with his stepson and stepdaughter. Moreover, all of Dave Canterbury’s kids are very successful in their life.

We wish all of Dave Canterbury’s children have the best life ahead and hope to know more about them in the coming days.