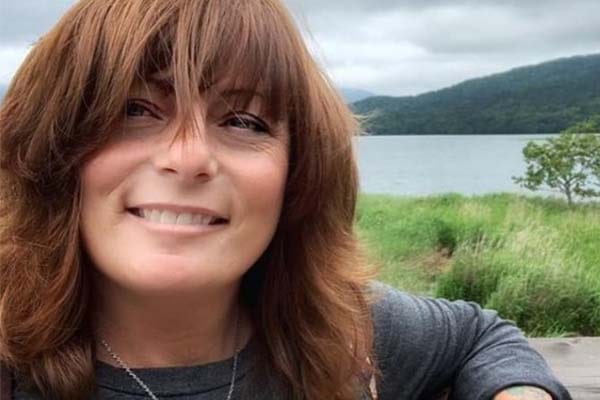 Dave Canterbury, a survival expert, was seen in the reality television show Dual Survival with co-star Cody Lundin on Discovery Channel. Moreover, he is also a  famous YouTuber where he teaches survival techniques and skills. This ex-military became very popular after appearing in Dirty Rotten Survival.

After such immense popularity, it is no surprise that fans are curious to know about his personal life. So let us get to know about Dave Canterbury’s wife, Iris Canterbury.

Happily Married To Dave For 19 years

Although it is not clear how Dave met his partner Iris Canterbury, this couple seems to have a great relationship. This beautiful and happy duo walked down the aisle in 2002. Iris is very active on her Instagram account, and looking at her posts, it seems like she often goes on vacations with her husband and family.

Even after 19 years together, Dave and Iris Canterbury’s marriage is still going strong.

Furthermore, Iris appears to support her hubby’s work as she accompanies him in his adventures and YouTube videos. Looking at her Instagram post, one can see that Dave Canterbury‘s wife is still madly in love with him.

Besides, Iris seems to be very close with her father as she often posts pictures with her father on Instagram. Sadly, her mother and her younger brother have already passed away.

Dave Canterbury’s beautiful spouse is a mother to three kids: two sons and a daughter. Iris Canterbury’s children, Aaron Rayburn, and Sierra Adams are grown-ups and have children of their own. Aaron is a father of two boys, and Sierra has two daughters and a son.

However, both Aaron and Sierra are not Dave’s children. The duo is Iris’s kid from her previous relationship. Nonetheless, the Canterbury pair share an adopted son, Jameson Dykes. As per her Instagram, Jameson is Iris’s brother’s son but was raised by the Canterbury couple. He has been a significant part of the family for years.

Moreover, Iris and Dave adopted Jameson with great difficulty as they had to fight a long legal battle for his custody. But despite not being blood-related, Jameson was welcomed into the family with open arms.

Not only this but, Aaron, Sierra, and Jameson are all actively involved in the family business, Self Reliance Outfitters. While Iris’ husband, Dave is not their biological father, he has been an integral part of all the kids’ lives. Also, Iris Canterbury seems to be a loving grandmother as she and her life partner are often seen hanging out with her grandchildren.

Besides, as per Google, Dave Canterbury’s children are named, Omere Canterbury and Skylar Canterbury. But to this date, the survival expert has not come forward and talked about his kids.

From Business Partners To Tattoo Partners

Along with his life partner, Dave Canterbury’s wife is also his business partner. They have opened The Pathfinder School in Ohio, where they teach all the survival techniques. Furthermore, Iris has also helped Dave while writing his best-selling books.

In addition to being business partners, Iris is also a tattoo lover, just like her hubby. Although she didn’t have any tattoos in the past, she must have been inspired by Dave to get inked. So now, both of them have plenty of tattoos on their body.

Apart from their own children, the adorable couple also has two dogs and a cat in the home. Iris often posts pictures of her dogs, Maggie and Rocko, on Instagram.

Additionally, Dave Canterbury’s spouse posts pictures of her cat, which she has named Sunny. She has also shared some photos with her man, who can be seen carrying wild animals such as snakes and crocodiles.

Moreover, Iris considers her pet animals as members of their family, and she calls herself a mother and her husband as the father of their dogs. Besides, she has also made an Instagram account for her puppy, Maggie.

Dave Canterbury’s wife is his biggest supporter and has been with him through many ups and downs. This duo has been living together happily for a long time, and we hope this love and companionship of marriage stays strong in the coming days too.