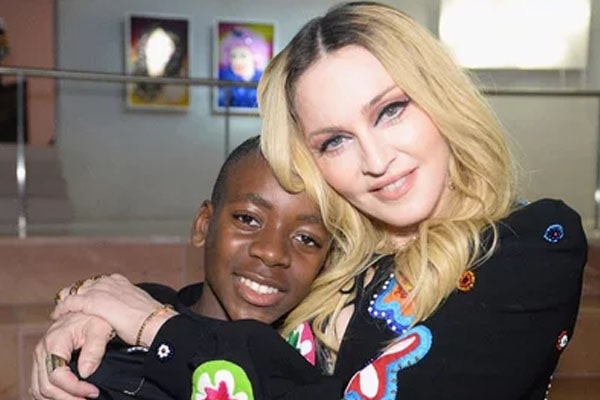 Born on September 24, 2005, in the southeastern African country of Malawi, David Banda Mwale Ciccone Ritchie, is Madonna‘s adopted son. David Banda’s biological parents are Yohane Banda and Marita Banda. David is one of the four children Madonna adopted from Malawi.

David Banda is currently at Benfica Youth Team. Madonna’s kid has already proven himself to be an avid player there. After hearing that David was going to sign up for Benfica, Portuguese superstar Cristiano Ronaldo contacted Madonna. He tried to persuade her to make David sign up for Sporting Lisbon instead, the club Ronaldo graduated from.

But to no avail. In 2018, David’s club Benfica Youth triumphed 3-0 against Clube Desportivo Estrela. Besides, David was also accoladed as the best performer in the ‘Under-12’ category. To help her son pursue his career in football, Madonna then moved to the Portuguese capital along with David and his sisters;  Mercy James, Stella, and Esther.

Benfica Youth seems to be the right place for the emerging David. Moreover, it boasts of graduates like Renato Sanches, Goncalo Guedes, Bernardo Silva, and Ederson among others.

Madonna’s son, David Banda, was born into destitution. Right after his delivery, David’s biological mother died due to health complications. Thus, his father, Yonda Banda, gave him up for adoption.  Since then, the Home of Hope Orphan Care Centre in Mchinji had been looking after David. At the time, the 13-month-old David was suffering from pneumonia and tuberculosis. Madonna had visited the orphanage while on one of her tours. When she saw the ailing David, she immediately decided to take him in for adoption. After a debilitating battle with the court, Madonna was eventually permitted to raise David with her ex-husband Guy Ritchie.

In 2018, Madonna celebrated son David’s birthday with a huge bang! Boujemaa Bouboul, a London-based musician from Morocco also performed at the party. The mother-son duo dressed in Gucci at the party.

David also doesn’t miss an opportunity to sing with his mother. On his Facebook page, David had posted this adorable video of them singing, ‘Can’t Helping Falling In Love’.

David is a name of Hebrew origin which means  “beloved” or “uncle”.