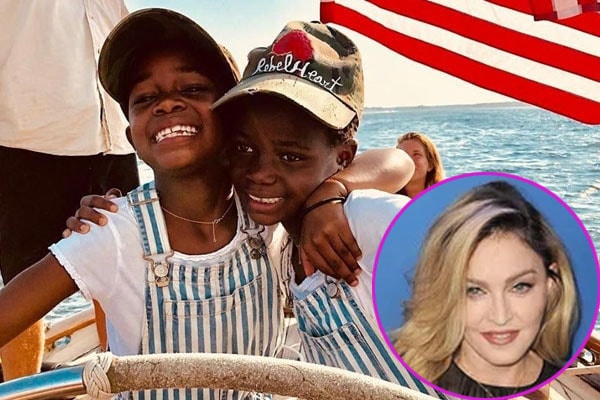 Madonna’s twin daughters, Estere Ciccone, and Stelle Ciccone were born on August 24, 2012, in Malawi. The twins have four other siblings; David Banda Mwale Ciccone Ritchie and Mercy James, both of whom were adopted by Madonna, and their mother’s biological children; Lourdes Maria and Rocco John Ritchie.

The twin sisters were raised at the Home of Hope orphanage in Mchinji. They were four years old at the time when Madonna adopted them in 2017.

Madonna’s twin daughters had to face the same fate as their brother, David Banda. Their biological mother died five days after giving birth due to complications from a cesarean section operation. Thus, their father,  Adam Mwale, who already had five other children at home, was unable to cater to all their needs. So, Mwale handed them over to the orphanage.

In 2017, after adopting the twin girls from the Home of Hope orphanage, Madonna became a mother of six children. It is the same orphanage from where Madonna adopted son, David Banda. Besides, the twin’s mother had to face a plethora of complications in the adoption procedure,  as well as, accusations from group activists. But in the end, she was successful in adopting the two girls and brought them to their new home in New York. Madonna had made the adoption of the twins official through her Instagram account.

The adorable twins also have their own Instagram account, which is managed by their mother, Madonna. The twins have kept their birth names, as a way of preserving their identity as Malawians.

What Are The Twins Up to?

Stelle and Estere Ciccone had called New York City their home, but now they have moved to Lisbon. Madonna announced the decision to help her son David pursue his career in football. Aged 6, the twins seem to be happy and enjoying life in Lisbon with their family.

Stelle: It is a name of Latin and Italian origin which means ‘Star”.

Estere: It is the name of Old Persian and Akkadian, which also means “Star”.