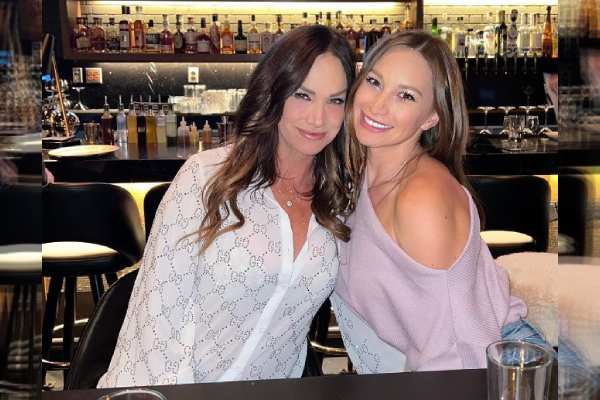 Established American actress and model Debbe Dunning must be grateful and proud to have a daughter like Spencer Schae Timmons, who is an energetic, creative, and aspirational person. She appears to have achieved a lot thanks to her discipline, diligence, and endurance in her professional and personal life.

Spencer has also created her own identity through her work. Despite being renowned personalities, Debbe and her little girl prefer a normal life to one in the spotlight. As a result, there are many things about Spencer that are still unknown, which we will discuss in the following article.

Spencer was welcomed into this world by her actress mother and her father, Steve Timmons, a renowned former volleyball player. Spencer Schae Timmons’ father has represented the United States in three consecutive Summer Olympics, beginning in 1984 and won gold medals in 1984 and 1988.

On the other hand, Spencer’s mother, Debbe, is best recognized for her portrayal of Heidi on Home Improvement (1993-1999). Spencer’s parents exchanged wedding vows in 1997; unfortunately, their marriage didn’t last long, and they divorced in 2018.

Furthermore, Spencer’s dad was previously married to Jeanie Buss, the daughter of Jerry Buss, from 1990 to 1993. Besides, after her parents’ separation, everyone seems to keep their personal life low-key; hence, they are moving on with their lives.

As mentioned earlier, Spencer Schae Timmon’s parents are Debbe and Steve Timmons. In several years of togetherness, the former duo shared two other children besides Spencer. As such, Debbe Dunning’s daughter grew up with her two brothers, Stoney Timmons (born in 2000) and Sysco Timmons (born in 2008).

Furthermore, Ms. Timmons’ youngest brother, Sysco, is a skater from California. All three of them must have had a beautiful time growing up together.  She and her siblings are currently preoccupied with their respective work and seem to be doing well.

Spencer is someone who believes in receiving a quality education, and she can’t compromise with her goals. Likewise, Debbe Dunning’s daughter attended San Diego State University and completed her Bachelor of Science degree. In 2020, during the corona outbreak, Timmons posted her graduation pictures thanking her family and besties.

Spencer appears to be a multitalented individual, so we must be patient and wait for her to choose a career path similar to her mother’s or a scholarly path.

Who is Spencer Schae Timmons’ Partner?

Throughout her career in the entertainment field, Debbe has gained some genuine fans interested in her personal life and family. As such, many people have been interested to know about her daughter, Spencer, in recent days, as she is young, charming, and beautiful. Hence, most of them are interested to know who Spencer is dating at present.

Well, Debbe Dunning’s daughter is in a happy relationship with Richie Harrington. Her partner is the founder and CEO of Adapt SuperWater. It seems that it has been quite some time since the lovebirds started dating, and they look absolutely amazing together. In addition, Spencer Schae Timmons’ boyfriend seems to be highly supportive.

Previously, she was rumored to be dating Kevin LaMothe and Billy Maggs. Also, the gorgeous lady has still kept photos with Billy on her Instagram account, and it looks like they share a very good bond with each other.

All in all, Debbe Dunning’s only baby girl seems to be doing well in her personal life and is also likely figuring out her professional career. Hopefully, Debbe will achieve everything she wants to in the coming days.

The name Spencer has British origin which means steward or administrator. On the other hand, Schae means stately and gift.