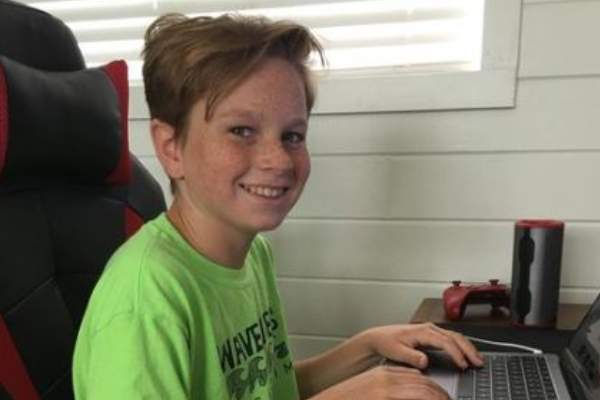 Established American actress Debbe Dunning not only had a successful acting career but is also blessed with three wonderful children. She and her former husband, Steve Timmons, were married for twenty-one years. In over two decades of sharing a blissful marriage, the former duo welcomed the kids.

Sysco Timmons is one of Debbe Dunning’s sons with Steve. As the youngest one in the family, he must be pampered a lot. So, here we will be finding out some information about him. Keep reading!

Youngest Of The Family

As mentioned earlier, Sysco is the youngest child of his parents. His dad, Steve, and his mom, Debbe, welcomed him on October 10, 2008. He weighed 7.3 lbs at the time of his birth. With his arrival, Sysco’s older siblings and parents must have been ecstatic. He, indeed, must have had a splendid childhood.

Sysco Timmons’ dad is a former volleyball player who won gold medals in the 1984 and 1988 Summer Olympics. He represented the USA in the Olympics for three consecutive years, beginning in 1984. As mentioned earlier, Sysco’s mom is an established actress. She is mainly known for her role as Heidi on Home Improvement.

Talking about Sysco Timmons’ siblings, he has an elder brother and an elder sister. His sister, Spencer Schae Timmons, was born on December 2, 1996. Likewise, his brother, Stoney Timmons, arrived in October 2000.

Unfortunately, Sysco Timmons’ parents have already separated. After being married for 21 years, the former duo divorced in 2018. Following that, he and his siblings must have made time between their dad and mom.

Debbe Dunning’s Son Is A Skater

The baby boy of a volleyball player and actress, people are keen to know whose footsteps Sysco will follow. However, he seems to be interested in a different thing. While having less interest in volleyball, Debbe Dunning’s youngest child has inherited the same passion and strength for sports, and that is skateboarding.

Sysco has an Instagram profile, which is filled with his videos of skateboarding. He regularly shares the videos, and over the years, his skills have become improved. Sysco seems to have made up his mind to become a prominent and well-known skateboarder, as he appears to be showing immense dedication and passion for the sport.

In addition, Debbe Dunning’s son started skating when he was six. It has already been many years, and with the support from his parents and siblings, he seems to have progressed a lot. Moreover, Sysco is also a pet lover, and he had kept two pet cats. Unfortunately, one of his cats died in September 2017.

As per a 2020 article, Dunning’s kid, Sysco, was a YouTuber. He had a channel named “Sysco Skates.” There, he used to upload videos of him practicing his skateboarding. Furthermore, he also used to edit all the videos on his own. Unfortunately, the young man seems to have deleted his channel and must be using Instagram as the only platform to upload skateboarding videos.

Hopefully, we will see Sysco become a professional skater in the coming days. We wish him nothing but good luck for a successful future.

Once Appeared In His Mom’s Show

Well, Debbe Dunning’s son also appeared in one of her shows. In 2017, she hosted Debbe Dunning’s Dude Ranch Roundup show, where she traveled around the USA featuring the best dude ranches. In some of the show’s episodes from 2017 and 2018, Sysco and his siblings starred.

As per his IMDb, Debbe’s baby boy was present in four episodes, including Hawley Mountain, Nine Quarter Circle, Sixty Three Ranch, and Red Rock Ranch. He must have had a great time then.

All in all, Sysco seems to be focused on his studies. Likewise, he also seems to be working hard to make a career in skateboarding, and we wish him luck. His parents must be proud, and hopefully, he will continue making them proud. Also, we hope he has blissful and successful days ahead.

The name meaning of Sysco has not been revealed.