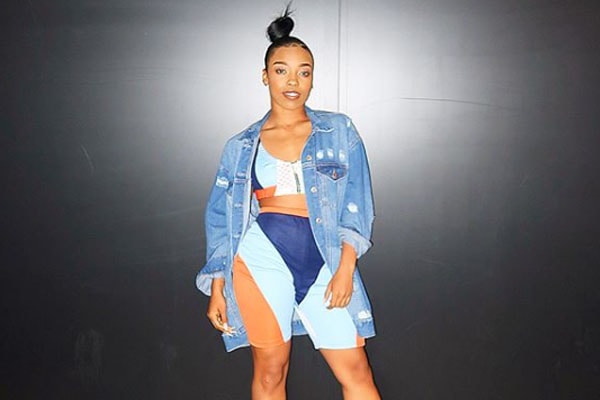 Sundy Carter‘s daughter Deja Carter is the oldest daughter of the former Basketball Wives LA star. Sundy had Deja with her ex-husband Cedric Carter. Alongside Deja, Sundy has got two more lovely kids, and all of them are daughters. Deja is a professional dancer and choreographer.

The gorgeous Deja Carter was born in the 10th of July, 1995 and rose to fame after being a backup dancer for Disney star and actress Zendaya. Deja’s sister name is KK Carter, and her half-sister’s name is Kennedy Carter. Deja Carter’s mother Sundy had Kennedy with her ex-partner, Larry Hughes.

Sundy Carter’s Daughter Deja Can move to any Beat

Deja Carter is one heck of a prolific dancer. It is thanks to her dancing skills that Deja is gaining fame and popularity. If you check out her Instagram handle, then we bet you will appreciate her dancing skills. Mother being an actress and daughter being a dancer, maybe the talent just runs in Carter’s blood, doesn’t it?

Most of Deja Carter’s videos are of her dancing in a dance class, and since she is a great choreographer, it is possible that she might give dancing lessons too. Now we know how much of a good dancer the gorgeous Deja is, it probably means she is not into acting like her mother, Sundy. But who knows if Deja will end up taking an acting role if someone offers her.

We can see how Deja resembles her beautiful mother. They share an uncanny resemblance with one another. Deja’s mother Sundy Carter has an estimated net worth of $500,000 and Deja might catch up with that real soon.

Deja Carter is into Makeups Too

Sundy Carter’s daughter Deja is a girl with multiple talents. Alongside being a great choreographer, Deja is also into makeup and cosmetics. She has got a YouTube channel under her name “deja carter” which has acquired over 3.9K subscribers. She usually posts vlogs regarding makeups and other aspects of her life.

In one of her videos, Deja states that if she ever has a daughter, then she wants to name her ‘Denim.’ And one thing is that she is very close to her friend Zendaya.

The name “Deja” has two origins, ‘Spanish’ and ‘French’ and both have a similar meaning in both origins, remember or remembrance.