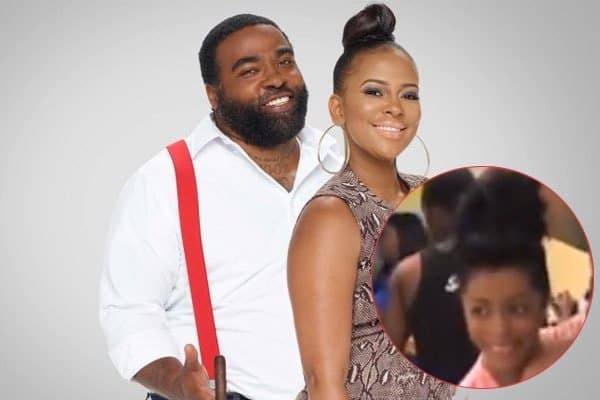 The lovely KK is different. Unlike her sister Deja and mother Sundy, she is not that active in the world of social media. She has not got any social media profile. She instead loves living a low-key life away from all the limelight.

Once Sundy Carter posted a lovely photo of her family having a memorable Christmas, though her daughter KK Carter is nowhere to be seen. We assume that Sundy Carter’s daughter KK might be the one taking the photo.

KK Carter is Also into Dancing

Like her elder sister Deja Carter, KK is also very much into dancing. In a YouTube video below we can see how much people are into KK. The way people are lining up to take pictures with her gives us a clear picture that she is famous too, like her elder sibling Deja and mother Sundy.

KK Carter seems to know what she is doing and is pretty perfect in it too. Looking at the two sisters leading the group, it seems like there is perfect chemistry between KK and her elder sister Deja. Some sites suggest to us that KK is focusing on becoming a singer, but no confirmations have been made yet.

Only time will let us know what the second daughter of Sundy Carter, KK is planning on doing with her life.