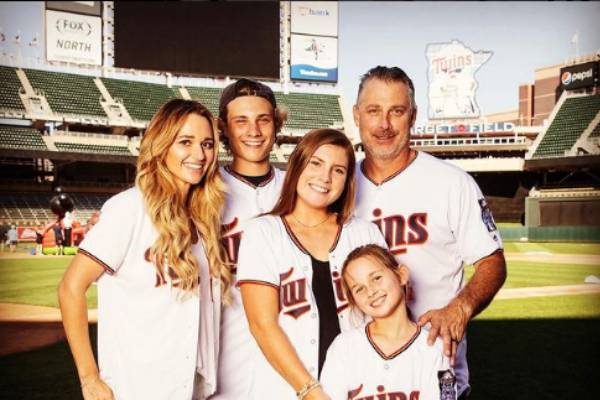 Derek Lee Shelton, the manager of the Pittsburgh Pirates of Major League Baseball, is an American former professional baseball catcher. Additionally, Derek Shelton has also led numerous teams to victory as a coach and manager.

The Pirates manager has been in the spotlight for some time. And based on what little the world sees of his life, it is clear that he leads a busy life. Consequently, many people have a hard time picturing Derek as the father of three children.

Likewise, the manager does not talk about his kids in public. However, as the children of a renowned baseball player-turned-coach and manager, it is impossible to remain completely hidden from the media.

And, without surprise, it was just a matter of time before people became curious about their whereabouts. So, in this article, let us take a closer look at Derek Shelton’s children and see what they’re up to right now.

Raising His Kids Away From The Limelight

The former minor league player has been in the limelight for most of his life, so he is frequently spotted by the press. However, Derek has taken a different approach with their kids, raising them without the influence of the media.

Consequently, the media has yet to spot Derek Shelton’s children in public. As a result, many people are not even aware the baseball manager is a father of three.

That being said, this has not entirely stopped the parents from sharing adorable pictures of their kids, admiring and praising them for their accomplishments. Additionally, Shelton’s family, including his children and wife, Alison Shelton, frequently attend the games of the teams he manages.

Moreover, based on the Instagram pictures, Shelton’s kids appear close to their family and lead a good lifestyle. So, let’s hope that as time passes, his children will learn to embrace the fame that comes with being associated with a celeb.

Derek’s firstborn Jackson Shelton was born in September of 2000 in Tampa, Florida. Jackson also has a sister and a half-sister and is the eldest among the three. However, as Shelton was raised away from the limelight, little is known about his upbringing.

That being said, Jackson received his primary education from Seffner Christian Academy. However, apart from academics, Derek Shelton’s son also excelled in baseball. Jackson was an infielder for his baseball club throughout high school. He graduated from the academy in 2019.

Unfortunately, not much information regarding what Shelton’s kid is doing nowadays has been made public. Despite this, Jackson has posted countless photos of himself surfing on his Instagram account. As a result, it’s feasible that he’ll pursue surfing as a career route in the future.

Whether or not Derek Shelton’s child follows in his footsteps, we wish him the best of luck in his future endeavors.

Isabella is a high school student who seems to be enjoying her senior year. Moreover, the celebrity daughter also bagged the homecoming title in 2021. Similarly, like her brother, Isabella is also involved in sports. So, let’s hope she follows in her father’s footsteps and becomes an athlete.

Derek Shelton’s daughter, Gianna, which he shares with Alison, is currently in school. However, unlike her half-siblings, she has no online presence, which is understandable considering her age. Still, as the youngest among the bunch, Gianna’s parents must pamper her well.

Derek has a special bond with his kids, and despite his hectic schedule, he never fails to meet their requirements. The Sheltons are currently based in Treasure Island, Florida, where they are living their best lives.

For the time being, let us wish Derek Shelton’s children and wife all the best and hope to see more of the Sheltons in the coming days.

Jackson is an English boy’s name that means son of Jack. Similarly, Isabella is a Spanish and Italian variant of Elisheba, which means God is my oath in Hebrew. Finally, Gianna is a feminine Italian name meaning God is gracious.