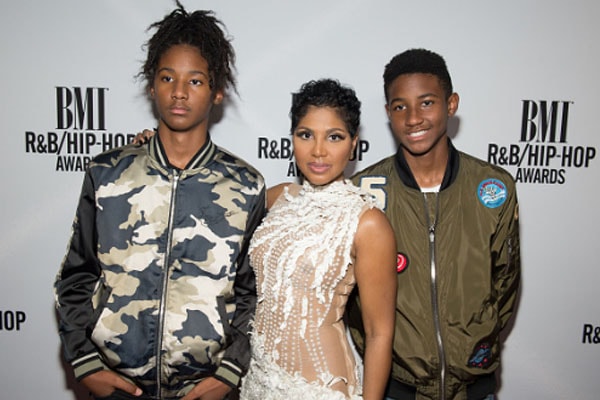 Toni Braxton‘s son Diezel Ky Braxton-Lewis is said to be out of autism. He is also signed with Wilhelmina modeling agency.

Diezel is the youngest son of Toni Braxton with ex-husband Keri Lewis. Toni Braxton is a famous singer and songwriter. Like Toni, Keri is also a songwriter and a singer. Besides Diezel, Toni has another son, Diezel’s elder brother Denim Cole Braxton-Lewis.

Being married for over ten years, Diezel Braxton’s parents, Toni and Keri got a divorce in 2013.

The 15-year-old son of Toni Braxton, Diezel Braxton is said to be cured of autism. In an interview, the singer Toni stated that her son Diezel has shown no signs of autism and healed.

At the age of three, the young Diezel was diagnosed with autism and ‘off the spectrum.’ After a difficult pregnancy, on the 30th of March, 2003 Toni gave birth to Diezel that forced her to go on bed rest.

It came to Toni’s notice that Diezel was not making eye contact with people when they spoke with him. Also, he preferred to play alone. That concernment, later on, was fruitful for Toni. She was chosen out to be the national spokesperson for Autism Speaks in 2007.

In her memoir “Unbreak My Heart” of 2014, Toni claimed that she believed that it was God’s punishment for having an earlier abortion.

But for the time being, Diezel Ky Braxton’s mother Toni considers herself one of the lucky parents. She credits early diagnosis as a significant factor for the beneficiary of her son.

Diezel Braxton is an aspiring model. Just a couple of weeks ago, Diezel Braxton signed a modeling contract with Wilhelmina Modeling Agency. Wilhelmina is one of the top modeling agencies. With Gucci and Maybelline as its associates, the young Diezel undoubtedly has broadened his horizons.

If you are to read Diezel’s Instagram bio, he is a model, athlete, producer, and also an actor. Diezel Braxton’s mother Toni Braxton took the help of her social media account to let her son know how proud she is of his achievement.

Toni is one proud mother. She has seen her son heal from autism. Also, Diezel has signed as a professional model for a top modeling agency Wilhelmina.

The name Diezel is a form of Diesel. Well, not many people use this name but it kind of a unique name.