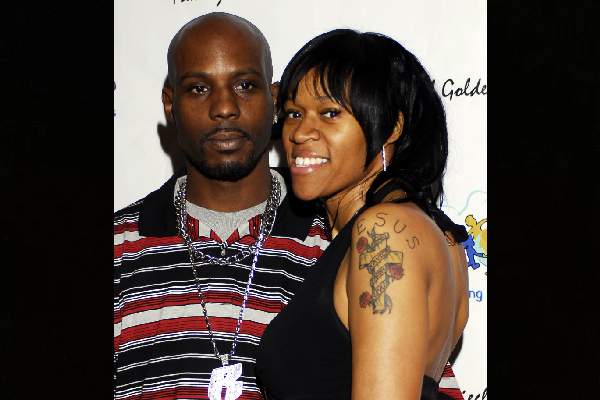 The rapper DMX whose real name is Earl Simmons has been into multiple extramarital relationships with whom he had fathered many children. But he is mostly known for his relationship with his ex-wife Tashera Simmons whom he had been in a relationship for over 14 years. Their separation broke the heart of many fans but on top of that, their children were badly influenced.

Rapper DMX has altogether four children: Xavier Simmons, Tacoma Simmons, Praise Mary Ella Simmons, and Shawn Simmons with his ex-wife Tashera. The couple started dating since they were in childhood. They had tied the knot in 1999 but due to DMX’s intolerable stuff, Tashera cut off the relationship and they were finally separated legally in 2014.

The rapper DMX’s son, Xavier Simmons is an actor who has already made his spot in the Hollywood industry. He has been featured for Belly (1998), Never Die Alone and Angel: One More Road to Cross (2001). He has also played the role in altogether two series: Iyanla, Fix My Life and E! True Hollywood Story, TV series documentary. Besides, Xavier seems to be fond of playing guitar.

Xavier Simmons has been away from his father, DMX for a long time after the couple’s separation. However, the father and son cut off the long distance by reuniting in the Fix My Life Show. When DMX was in Jail, Xavier was said to have sold his father’s platinum records.

The 48-year-old rapper DMX rarely shares about his children on social media. Tacoma Simmons isn’t active on social media and Instagram either. It seems like he prefers a private life. Nevertheless, Tacoma has been often spotted with his father when he was a kid. The father-son duos had been together at a Premiere of Cradle and he has also visited at the theatre with his siblings and mom. Tashera had shared Tacoma’s graduation video in which he walks across the stage proudly.

Besides being the son of rapper DMX, Shawn Simmons also has a low profile in public. Even though his whereabouts are rarely found, we get a rare glimpse of him through Tashera’s Instagram. In most of the Christmas’ celebration, they can be seen enjoying together.

Ella Simmons is the only daughter of DMX and his ex-wife Tashera. She was born on April 18th, 2005. Currently, she resides in New York with her mother. Like her brother Tacoma, she also doesn’t make a lot of appearance on social media. There isn’t detail about her but she seems to be caring and smart, as her mom has shared a memorable picture of her with captioned- blessed for having such a strong girl. Ella has altogether three brothers and they seem to share quality time together.

Even though DMX’s wrongdoings had a bad impact on his kids, the children are growing up healthy and are trying their best to create a good relationship with their father. They have moved on, and their mama is keeping their best care despite all hurdles.

According to TMZ, DMX suffered a drug overdose Friday night and is currently hospitalized. Also, his OD at home triggered a heart attack to which Richman said he could not confirm.

Following the heart attack, DMX was rushed to a hospital in White Plains, New York, where doctors tried resuscitating him for 30 minutes and were deprived of oxygen at the time.

As of now, DMX remained in ICU in critical condition while his 15 kids and other family members flew to see him, reported TMZ. Moreover, the Simmons rep also released a statement claiming the Simmons Family appreciated the overwhelming love, support, prayers, and encouragement for Earl, aka DMX.

The world lost two genuine souls, Prince Philip and DMX, on April 9, 2021. While everyone was shocked by the Duke of Edinburgh’s death, they were given no break as rapper DMX’s death was announced later, the same day.

The soulful rapper died in White Plains, N.Y., at age 50 after suffering a cardiac arrest a week earlier. The Simmons family further released a statement claiming Earl was a warrior, and they cherished the times they spent together.

Condolences and tributes were paid via social media, expressing their admiration and sympathy for the musician and his family.  Rappers like Chance the Rapper, Ice Cube, Missy Elliott, etc., also tweeted their condolences the same night. Other notable names like LeBron James and Viola Davis also paid their respect via Twitter.

Born in Mount Vernon, DMX, aka Dark Man X, had a triumphant career has collaborated with Jay-Z, LL Cool J, Ja Rule, etc. He left a massive legacy behind and has made his name immortal. May DMX’s soul must have been resting in paradise.