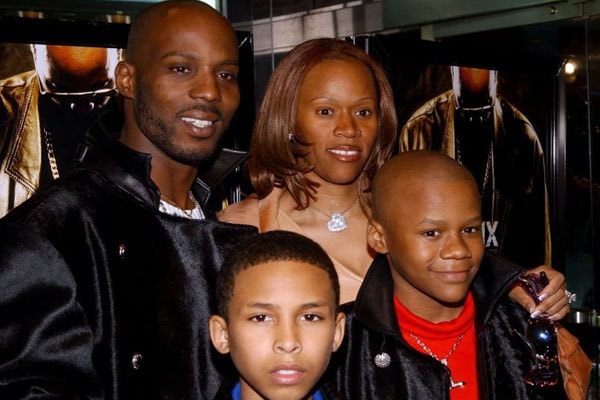 The rapper DMX, Earl Simmons’ ex-wife Tashera Simmons was born on April 10, 1971. She resides in Mt. Kisco, New York with her four children. Earl Simmons and Tashera have been separated for almost six years now. Still, Tashera feels haunted by those damaging moments she had spent with her husband. The couple’s separation had a bad influence on their children.

However, Tashera and rapper DMX were childhood sweethearts and they started dating when they were 18 years old. In 1999, the couple got married and had four children together. They have three sons: Xavier Simmons, Tocoma Simmons, and Shawn Simmons, and a girl named Praise Mary Ella Simmons who was welcomed on 18th April 2005. The former pair of DMX and Tashera got divorced in 2014.

Tashera Didn’t Have Good Relationship With Her Ex-Husband

Tashera and her ex-husband DMX didn’t have a blessed marital relationship. During her marriage to DMX, she didn’t have a peaceful life as her husband, Earl had an extramarital affair with other women with whom he had some children. That was humiliating for Tashera to come out in public as it would bring negative remarks upon her and their children. It was revealed that Tashera’s ex-partner DMX was also involved in drugs and has a bipolar disorder. He had also spent several times in jails which became a tumultuous challenge for her to face.

DMX’S ex-wife, Tashera shared in an interview that she had endured a lot of dirty things from her ex-husband. It looks like she had often faced physical violence from her husband. The former couple had even tried to enter relationship rehab in VH1 show to bring their failed marriage back on track. However, that didn’t become fruitful. Tashera shared that her former husband DMX tried to put guilt over by bringing up fake stuff between them.

Tashera And Her Four Children

Working through parents’ ruined relationship is the hardest phase for every child to go through. Tashera Simmons’ children are adult now but their parents’ separation still makes them weak and disappointed. Besides having a drug addict, the children have also faced a hard time when DMX betrayed their mom by having affairs with other women.

DMX and Tashera rarely share about their children on social media. Since they moved apart, their children have been living with their mother in New York. The kids seem to have hardly any chance to meet their father. However, Fix My Life Show brought the limelight on Tashera’s son Xavier and DMX reunited after a year which was quite a heart melting.

The 47-year-old, Tashera is an author of her book ‘You Think You Know, You have No Idea”. This book shares the ugly truth of her life with ex-husband rapper DMX.

Furthermore, DMX’s lawyer, Murray Richman, confirmed that he was quite ill. He also revealed that he could not confirm reports that DMX overdosed drugs and was not sure what caused the heart attack.

#DMX attorney Murray Richman spoke to ⁦@PIX11News⁩ producer ⁦@AvaPittmanTV⁩ Saturday evening, stating the artist was off life support after suffering heart attack but breathing on his own. Richman has represented Yonkers-raised rapper for years. pic.twitter.com/S45hdVhBwO

Richman further said that he had been on life support but later was breathing on his own. Moreover, DMX’s rep also reported that he remains in ICU in critical condition.

According to TMZ, the doctors tried resuscitating him for 30 minutes, and during that time, he was deprived of oxygen. Well, the Simmons family is gathering to see him in hospital in New York while the family appreciates the outpouring of encouragement, support, and love.

The family also requested privacy during the harsh time. However, it was not just celebrities and rappers like LeBron James, Missy Elliott, Chance the Rapper who paid their condolences via Twitter.

Tashera uploaded a video of herself celebrating her 50th birthday but turned it around to pay her tribute to the ‘most important person, her ex-husband.

Simmons summed the entire 50 years of her life through a video and that God for the resistance, the resilience, the relationships, and the power. She further added that she was grateful to celebrate the 50 years God blessed her with but now will share the celebration with her late-ex-husband, DMX, aka Earl Simmons.

Moreover, DMX’s former beau wrote, “I also thank God for his life and peace.” She continued, “And his journey and his life lessons that were passed on and that will live on for generations to come.”

Although the couple parted ways in 2010, it is clear that Tashera always held a special place for him. The former couple also shared four children.

Well, DMX did leave an immortal legacy and hence is resting in paradise.