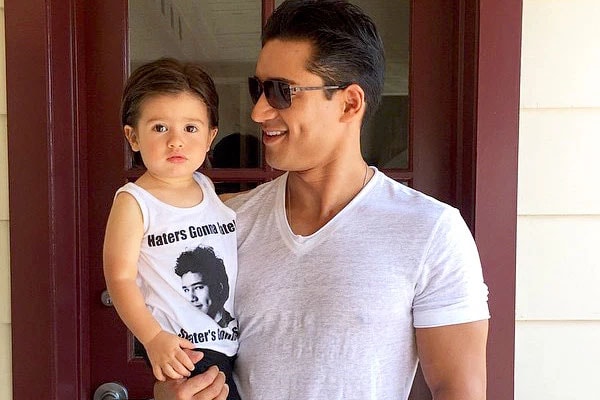 American actor and TV host Mario Lopez has made quite the name for himself over the years. Best known for being the host of the American version of the UK based TV show The X Factor from 2012-2013, he has become a recognizable face of the TV industry. He has also found success in his personal life, with him and his wife giving birth to two kids, one of them being their son Dominic Lopez.

Mario, who made his acting debut way back in 1984, married his wife Courtney Mazza on December 1, 2012. The couple has given birth to two children so far. Their first child was a daughter named Gia Francesca who was born in September 2010. 3 years later, their second was born, and it was a son named Dominic.

Dominic, the second child of the Lopez family, was welcomed with open arms by his family. As Dominic was born, Mario and Courtney introduced him to the rest of the world at a “Sip & See” party. The couple was very happy at the birth of their son and it was visible at the party. The entire family posed for many pictures and the entire party was magnificent.

Speaking about their son, Mario and Courtney just couldn’t contain their happiness. Mario noted that his son’s looks resemble that of his mother. But, to be honest, Dominic looks more like his father than his mother. He is almost a look-alike of his father and also has the charm and charisma of his father at such a small age.

And Dominic’s mother also agrees with us as she noted that she also thinks that Dominic looks like his father. Courtney blushingly sais that she thinks Dominic is the best child ever. She considers herself blessed and spends a lot of time looking at his lovely boy as he sleeps.

And there seems to be a sibling rivalry brewing already in the Lopez family as Gia, the elder daughter seems to be taking time adjusting to having a younger brother. Mario said that Gia initially didn’t embrace his younger brother but is now cool with his brother and the two get along well.

All in all, Dominic is a really lovely kid and his parents are blessed to have him. Mario and Courtney are very fond of their son and he has made their family complete along with their daughter Gia.

In Latin origin, the name Dominic means “belonging to the lord.” The name is common among Lain-Romans and Roman Catholics. It also means lordly.