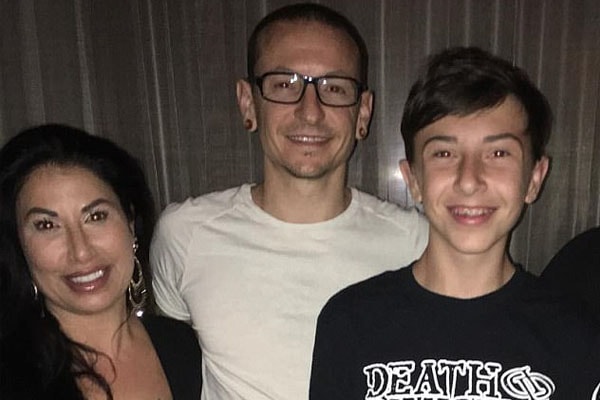 Chester Bennington‘s son Draven Sebastian Bennington was born on 19th of April 2002 in the United States. Chester had Draven together with his ex-wife Samantha Marie Olit. Draven’s parents Chester and Samantha tied the wedding knot back in 1996. However, things did not go well, so, the former couple settled their differences and got divorced nearly ten years later in 2006.

The handsome Draven is the second child of late famous musician Chester Bennington, also the lead singer of Linkin Park. Draven has often appeared in photos on his mother, Samantha Bennington’s Instagram account.

After Draven’s parent’s divorced, Samantha won the full custody over her son Draven. However, Draven was also on good terms with his father and communicated with him on a regular basis.

His father’s suicide tragedy made Draven post a video on suicide prevention day addressing to people who want to kill themselves in order to prevent them from doing it.

Draven currently resides with his mother in Beverly Hills, California.

Draven Following The Footsteps Of His Late Father

The son of the famous musician of band Linkin Park, Draven seems to be very inspired by his father, Chester’s musical career. Draven’s mother Sam wrote in one of her social handles, she brought up her boy in great respect to his father’s talent.

Just like his late father, Chester Bennington, Draven Sebastian Bennington is an American singer, songwriter, musician, and actor best known as the lead vocalist and rhythm guitarist of Chaos. According to Fandom Wiki, Chaos is an American rock band formed by Draven, lead singer, and guitarist in 2018 from Phoenix, Arizona.

Draven is a male given name of English origin which gives the meaning of “child of beautiful shadows“, “The Raven“, or “Avenger“. Also, Sebastian is derived from a Latin which means  “venerable” or “revered.”