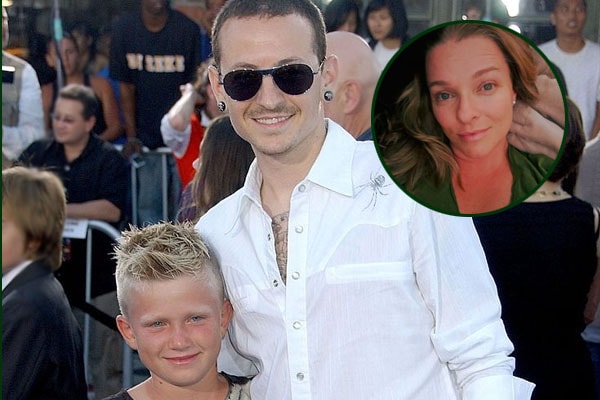 Isaiah Bennington, Chester Bennington‘s son together with baby mama Elka Brand was born on 8th of November 1997 in the United States. He was born while Chester was still married to Samantha Bennington, life coach, and entrepreneur.

Isaiah Bennington Is The Adopted Son Of Late Chester Bennington

As mentioned earlier, Isaiah Bennington is the adopted child of legendary musician Chester Bennington. Isaiah’s late father Chester was in a relationship with Elka Brand with whom he had a child Jamie. Later over the years, Chester adopted Elka’s son Isaiah too.

Back in 1996, Chester tied the wedding knot with his former wife Samantha Bennington. The couple had a child together named Draven Sebastian Bennington. However, the former duo settled their differences and got divorced in 2005.

Not only that but, Isaiah also has three other siblings Tyler, Lila, and Lily. After Isaiah’s father’s divorce with his first wife, he married former Playboy model, Talinda Ann Bentley. The pair had three children; the very three which are mentioned above.

However, Isaiah has a very good relationship with his step-mother, Talinda. It also seems via their Twitter account as if Talinda is even friendly with Elka.

Happy Birthday to my son Isaiah @GucciGod16 I love you more than you could ever imagine. pic.twitter.com/8h9JtC9qu7

Chester Bennington’s son Isaiah also has his own Twitter account and going through his social handle it looks as if Isaiah truly respects the hip-hop community and loves R&B music.

Isaiah is often seen partying and enjoying with his best friends and to be there in their thick and thin. Looking at his social media profile, it looks like Isaiah is the type of guy who loves having fun with his friends.

As we all know how much of an impact Isaiah’s father Chester had in the music industry, we wonder if he will also someday get in the entertainment industry.

Isaiah is a male given name of Hebrew origin meaning “Salvation of the Lord.”