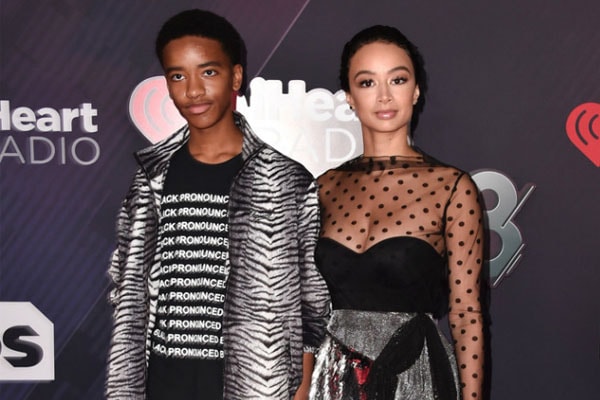 American actress and model Draya Michele always finds herself in the crosshairs of the media. Her relationship with basketball star Orlando Scandrick always catches the media’s attention. But what interests media the most about Draya is the details of the father of Draya’s first son Kniko Howard.

Draya gave birth to her first son Kniko in 2002 at the age of just 17. Fans and media outlets have been trying to find out who the father is ever since Kniko was born. After getting peppered by the media for far too long, Draya finally revealed who the father of her first child is, and it is not somebody that the media had expected.

Who Is Kniko Howard’s Father?

Draya took to Instagram and revealed that Kniko is a junior, and his father’s name is Kniko Howard too. She further explained that her son Kniko’s father is a barber and makes an honest living in PA. She added her son’s father got incarcerated for ten months when she was seven months pregnant.

Draya further explained that she met Kniko (her baby father) in PA back in the early 2000s, and she got pregnant in 2002. She said that she has never received a dime for child support and has raised her son herself. She likes calling herself an independent woman and a single mother.

Gilbert Arenas Was Speculated To Be Draya’s Baby Father

In her Instagram post, Draya denied that “a basketball player” was the father of her son. She instead laughed at the idea that her baby father is an athlete. She claimed that if that was the case, she would have never had to worry about child support because she would be receiving a ton of money from the player.

Throughout the years, Kniko’s mom has maintained that her baby father was a regular dude from her home state only. Well, she took it to Instagram to shut down Jennifer Williams‘ claims in a thoughtful, eloquent statement. Draya ended her post by warning the media to leave her kids alone, soundly ending this discussion.

Draya was engaged to the Dallas Cowboys star Orlando Scandrick. The two got engaged in 2015 and had a son together named Jru Scandrick. However, Michele split from her longtime fiancé in 2019. She has been chronicling her multiple hardcore workouts in the gym and also showed off her fit body on social media.

After the breakup, Draya moved out from the home she shared with the NFL star, Orlando Scandrick into her new house. She showed off the inside of her luxurious home and captioned that she finally found a new home and could not wait to make her renovations.

Nevertheless, we hope Kniko’s mother gets the man of her dreams soon enough.

According to Babynology, a person having a name Kniko loves art and music. They are kindhearted and generous too.