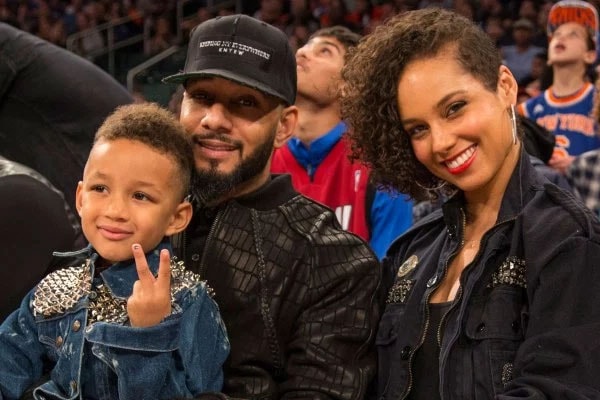 Alicia Keys is an American singer, actress, pianist, indeed a woman with multiple talents. As for her husband Kasseem Dean, also known by the name of Swizz Beatz is an American rapper, record producer, and a DJ. After years of dating, the lovely couple of Alicia Keys and Swizz Beatz married on the 31st of July, 2010.

Alicia Keys has got two children and both sons with husband Swizz Beatz.

As Egypt Daoud Dean is the first born child of Alicia Keys and husband Swizz Beatz, the pair were happy to welcome him to the family. The cute looking Egypt was born in New York. Like DJ Khaled‘s son Ashad Tuck Khaled, Alicia Keys’ son Egypt is also a producer.

At the very young age of five, Alicia Keys’ son Egypt Daoud Dean became a music producer as he produced a Kendrick Lamar‘s song “Untitled 07.” Alicia Keys’ husband Swizz Beat was a happy and a proud father as he shared a video of his son Egypt making the beat for Kendrick.

The young Egypt Daoud inherited the talents of his singer mother and rapper father. Or is it that the boy got blessings as his parents Alicia Keys and Swizz Beat had held a Zulu ceremony to bless unborn Egypt.

The whole family is filled with blissfulness. They go on vacations and attend events together. And like all mother, Alicia Keys also tends to spend as much quality time with her family.

The next best thing besides Alicia Keys’ son Egypt is the couple of Alicia and husband Swizz. The adorable pair has been married for more than a decade now and is still going strong.

The bundle of happiness doubled up when Alicia Keys gave birth to her second son Genesis Ali Dean. She gave birth to son Genesis on the 27th of December  2014. Young Egypt must have been a proud elder brother.

Along with his previous marriage and endeavour, Swizz Beatz is a father of five. He has children named Kasseem Dean, Jr., Nicole Dean, Prince Nasir Dean and Egypt and Genesis.

The name Egypt is possibly believed to have come from its ancient capital Memphis, “Hout ka-Ptah,” which means “Castle of the ka of Ptah.”

And as for the name Daoud, it is a Muslim name which comes from the name Dawud. Dawud was the messenger of Allah.