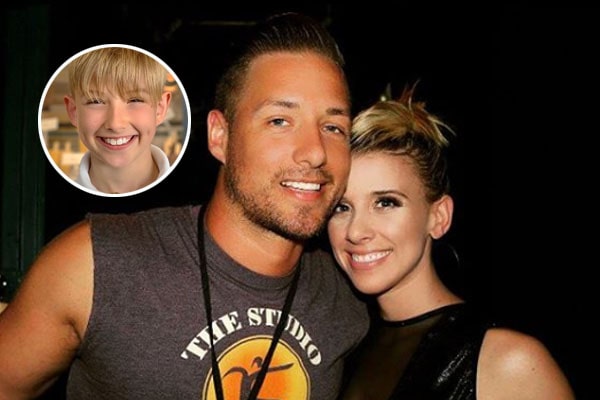 The pop sensation Melissa Schuman, a member of the ‘Dream’ girl group, got married to Brandon Henschel, a dancer, and actor on June 7, 2006. They have been together for a beautiful measurable period of time and still going very strong. The couple has also been blessed with a son named Elin Elijah Henschel, who was born on July 18, 2010.

Elin Elijah Henschel’s father, Brandon Henschel, is a choreographer who knows dance forms like contemporary, jazz, hip hop, and many more. Brandon has trained numerous stars like Angelina Jolie, Toby McGuire, Brad Pitt, and many others too. Not only that, but Elin’s papa has choreographed acts for brands like Nike and Reebok too. Looking at his influence in the dance industry, he has also appeared in many Dance Television shows and Films.

Papa Brandon is one of the versatile choreographers in the industry and his dancing skills seem to have inherited to young Elin. Elin’s father, Brandon Henschel, posted a video back in 2018 claiming that baby Elin battled with him in dance since he was five-years-old. Also, Elin’s mama is a former pop star; we can assume that Elin has been filled with love for dance and music and will probably continue doing it.

We can see that Elin has adapted quite impressive moves and looks like it has room for massive improvement as well. This way, the father and son bond with each other, and we can even see that they are very close to each other and enjoy each other’s company. Father Brandon shares many snaps of him spending time, let it be going to the mall, or watching a match together with his son Elin.

Son of A Strong Mother

Elin Elijah Henschel’s mother Melissa Schuman, who was a member of Dream, a girl group that was active in 1998–2003 and made a comeback in 2015 and made music till 2016. But, it doesn’t mean that mama Melissa doesn’t make music at all; she still loves it but doesn’t produce music commercially anymore. She was a massive star back in the 2000s and had substantial public popularity. However, Melissa had made accusations of being sexually assaulted by the former Backstreet Boys member Nick Carter in 2002.

However, it seems like Melissa has been in the path of healing after confessing things that she had hid in her heart. She is now a MeToo Advocate and helps other victims to stand up and fight for themselves. And her son Elin Elijah and husband Brandon are the most prominent supporters she has got. Spending time with her family and doing records with her former bandmates proved to be very therapeutic.

We can see that Melissa Schuman’s son Elin Elijah Henschel is growing up to be a good looking boy. We wish he will always be able to spend a significant amount of time with his parents and can pursue his dreams.

The name Elin is of Swedish origin, which means “bright, shining light.” And for the middle name Elijah, it is of Hebrew root, which means “my God is YAHWEH.”