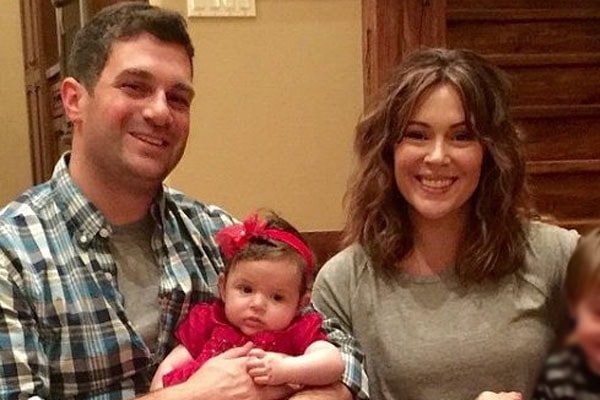 Elizabella Dylan Bugliari, Alyssa Milano‘s daughter with her husband Dave Bugliari was born on 4th of September 2014. Elizabella’s mother Alyssa Milano is an American actress who rose to fame via the sitcom Who’s the Boss. As for her father, Dave Bugliari is an agent at the Creative Artists Agency.

Elizabella’s parents met each other in 2007, got engaged in 2008 and got married a year after that on the 15th of August 2009. The wedding ceremony was held at Bugliari’s home in New York Jersey with a couple of family, friends and few guests in attendance. Alyssa Milano’s daughter Elizabella Dylan has an elder sibling named Milo Thomas Bugliari, who was born on the 31st August 2011.

Elizabella Dylan Bugliari Has A Strong Bond With Her Mother

The 4-years-old Elizabella is quite young to have her own social media. However, going through her mother Alyssa Milano’s Instagram account, it seems obvious that there is a very strong bond between the mother and the daughter and love each other very much.

Elizabella seems very happy and cheerful being around her mother and enjoys her child time by playing.

It is also the fact that Elizabella’s mother Alyssa Milano is an active human activist who speaks out for the human rights violation. Her Instagram profile is full of sharing her speaks and prologues to claim for the right and punish for those who are guilty and violate those rights.

Not only that but, Elizabella also seems to support her mother in the work as she too involves along with her mother.

Elizabella’s mother Alyssa has also written a heart-breaking letter and prays that her daughter does not have to go through the sexual harassment, misconduct, and assault that she has gone through.

Elizabella is a feminine mashup form of Eliza which gives the meaning of “pledged to God” and Bella which means beautiful. Whereas Dylan is the name of Wales origin which means “born from the ocean“.