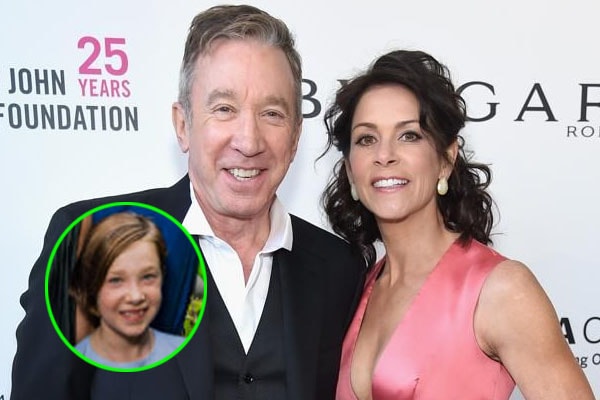 Tim Allen‘s daughter Elizabeth Allen Dick was born on March 28, 2009. She is the first child of Tim with wife Jane Hajduk. Elizabeth Allen’s parents tied the knot in October 2006.

As for Jane, Elizabeth is her first and only child whereas Tim is a father to Katherine Allen from his previous marriage to Laura Deibel. The ex-couple were together from 1984 to 1999.

The Home Improvement alum Tim Allen’s youngest baby girl is not a baby anymore. She has grown up so beautiful just like her ever gorgeous mother, Jane Hajduk. It looks like her parents like keeping her away from the spotlight and public attention as she can be rarely seen with them. However, Tim’s daughter’s pictures show how much she has grown over the years. But she is still her parents’ little girl.

Since Elizabeth is still young to be in the limelight, maybe her parents have chosen to not let her out in public. But we can say she is having the best childhood and living joyously as any other regular kids. Elizabeth must be as excited as her father Tim about his upcoming movie Toy Story 4. Let’s hope we get to see this beautiful girl in the premieres along with her parents.

Although we don’t know much about Elizabeth, we can say for sure she is growing healthy with all the love that her parents shower upon her. We guess she also has a good sister bonding with Katherine who is very close to both Tim and Jane. We are excited to see Elizabeth as much as we are excited to see Toy Story 4!

The name Elizabeth is a name for a girl child which is a derivation of the Greek name Elisabet. Elisabet is a form of the Hebrew name Elisheva which means my God is an oath.