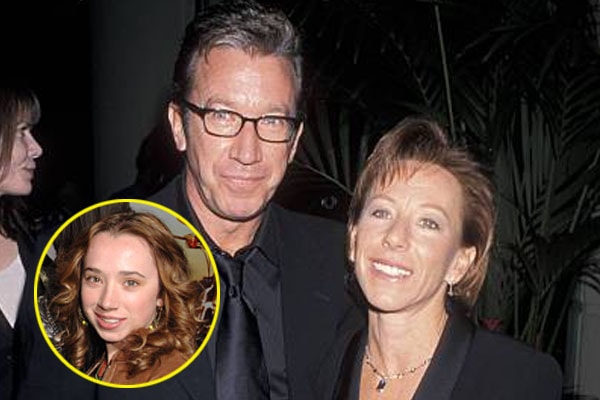 The American actor and comedian Tim Allen‘s daughter Katherine Allen was born in December 1989. She is the only child of the ex-couple Tim Allen and Laura Deibel. Katherine’s parents married in 1984 and separated in 1999.

Katherine has a half-sister named Elizabeth Allen Dick from her father’s marriage to actress Jane Hajduk. Jane and Tim tied the knot on October 7, 2006. They welcomed their daughter Elizabeth in 2009.

Tim Allen’s Daughter Katherine Is Close To Her Parents

The Last Man Standing star Tim is a proud father of two adorable girls. Tim’s first baby girl Katherine also known as Kady shares a very intimate relationship with him and her stepmom Jane. Although her parents went on their separate ways while she was still young, their divorce has not affected the relationship she has with her parents. Instead, she is more close to them.

Unlike other celebrity children who like staying out of the limelight, Katherine does not seem to have any issues being in public. She proudly and happily accompanies her parents in social gatherings. Also, she is not hesitant of walking down the red carpet with her famous dad Tim and gorgeous step-mom Jane. Tim received a star in the Hollywood Walk Of Fame back on November 19, 2004, and he had his daughter Katherine and then-girlfriend Jane to share his proud moment. We can say for sure she is so precious to Tim and he puts her first before everything.

Although we get to see Katherine time and again, we are yet to get the insight into her personal life. She may be living near her parents as she is frequently seen with them. We can also say for sure that she shares a lovely bonding with her little sister Elizabeth.

The name Katherine is an English name for a girl child whose Latin forms are Katerina and Caterina. Its English meaning is pure.