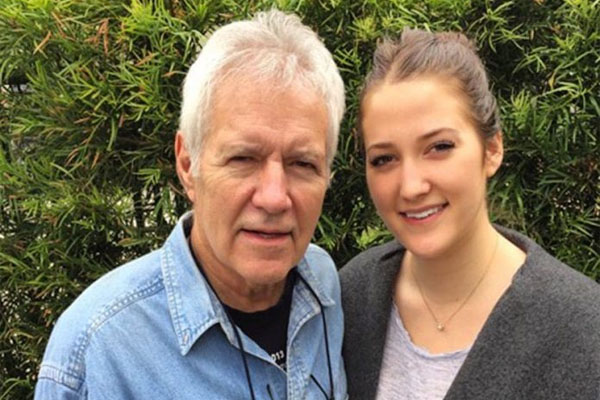 Emily Trebek, the youngest child of George Alexander Trebek and his wife, Jean Currivan Trebek, was born in 1993. She has an elder brother, Matthew Trebek. Matthew is a businessman and restaurateur by profession. Emily’s father, Alex Trebek, is the primary host of a Canadian-American television ‘Jeopardy!’. Her mother, Jean Currivan Trebek, works as a real estate agent and handles selling and buying houses.

Alex Trebek’s daughter, Emily Trebek, started her career becoming a real estate agent. It looks like she is fascinated with her mom’s work. So, the mother-daughter duo might have been partners for their startup career. Her father is proud and supportive of Emily because she chose a unique career for her future. Although the Trebek family is small, they have a strong love-bond with each other.

Even if Emily Trebek is one of the celebrity kids, she has pursued a life free of spotlight and cameras. The gorgeous Emily is the kind of person who loathes the celebrity lifestyle. Alex Trebek’s daughter likes to have privacy in her daily life. We got to know that she is not an Instagram fan, but she has a Twitter account.

Since Emily doesn’t want any stranger to go through her account, she has kept it private. Even though Alex Trebek has an estimated net worth of $10 million, Emily does not want any of that as she is doing her best in her work. And on top of that, Emily tends to live a low-key life.

Emily Trebek’s relationship is not revealed until now. As said earlier, it seems that she doesn’t want to let out her dating and relationship secrets. Hope Emily will get the best person whom she wants as a life partner.

The host of ‘Jeopardy!’, Alex Trebek has had health issues since 2007. Reports say that Emily’s dad had suffered from a minor heart attack on December 11, 2007. He had the same complication of health on June 23, 2012.

Furthermore, Alex Trebek was admitted to Cedars-Sinai Medical Center due to similar heart issues. Recently, Emily Trebek’s father reported that he was diagnosed with stage IV pancreatic cancer. Furthermore, the Trebek family is cautious about Alex’s health and are taking good care of him, and we wish good for his health.

Additionally, producers of the show, Sony Pictures, shared a tribute to Trebek in a statement calling him the comforting voice for millions of people worldwide for decades. Several other presenters and television personalities, including Ken Jennings and Canadian Prime Minister Justin Trudeau, send their tribute to Trebek’s deceased soul and prayers to his family.

The origin of the name Emily is the Latin language, and it refers to industriousness or striving.