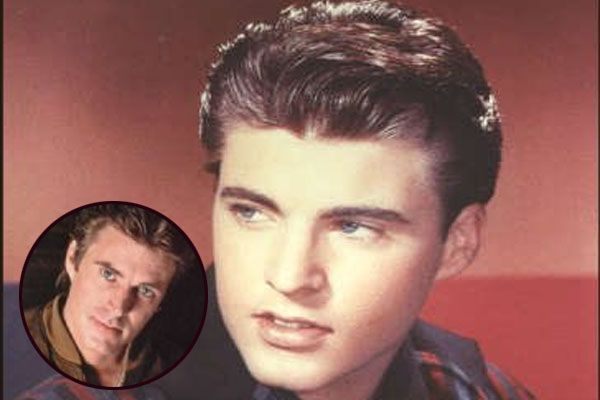 Eric Jude’s father, Ricky Nelson, was one of the greatest American musician and songwriter. Even though Eric Jude is the son of a great singer, he is just like a stranger in public. No one knows what he’s been up to nowadays and seems to be living a normal life.

We don’t see Eric Jude in the limelight that much. Maybe he wants to have some sort of peace and harmony. Also, we assume that Eric is not fond of using any social media accounts such as Instagram and Twitter.

It looks like Eric doesn’t want to create a mess through social media in the public eye. Possibly he wants to maintain privacy in his life. Although Eric Jude is a celebrity kid, he surely does not wish to have the attention of cameras and the spotlight around him.

Unlike his father, Eric Jude has never come into the public eye and, in all likelihood, prefers to live a simple and subtle life. He looks to be an expert at keeping himself away from the spotlight and media. Maybe he does not want to create any fuss that would disturb his low-profile life.

Eric’s Parents Had A Cold Relationship

Before Eric’s birth, on May 16, 1980, Eric’s father, Ricky, met Georgeann at the Playboy Resort in Great Gorge, New Jersey. Crewe had an immediate affection towards Ricky Nelson.

On February 14, 1981, Georgeanne Crewe gave birth to Eric Jude Crewe, Ricky Nelson’s son. It was reported that a blood test confirmed Nelson was the biological father. But Nelson was not interested in Georgeann and her son.

At a certain point, Eric’s dad avoided playing concerts in Atlantic City so that he didn’t have to meet Eric and his mother, Georgeann. Likewise, he didn’t provide any child support to Crewe even if he had agreed to pay $400 a month as child support.

Plus, Eric’s relationship with his half-siblings is also vague. Perhaps he is close with them still, who knows? Eric’s half-sister, Tracy Nelson, is an American actress, dancer, and writer. She married William R. Moses in 1987 and had a daughter named Remington Elizabeth Moses. Then, she and William divorced each other in 1997.

His twin half-brothers, Gunnar and Matthew Nelson, performed as a tribute in the name of their dad. But just like Eric, there are not many details about Sam Nelson.

The word Eric is derived from Old Norse name Eirikr where ‘Ei’ refers to ever, always, and ‘rikr’ refers to the ruler. Similarly, Jude is a short version name of Judah, which means praise.