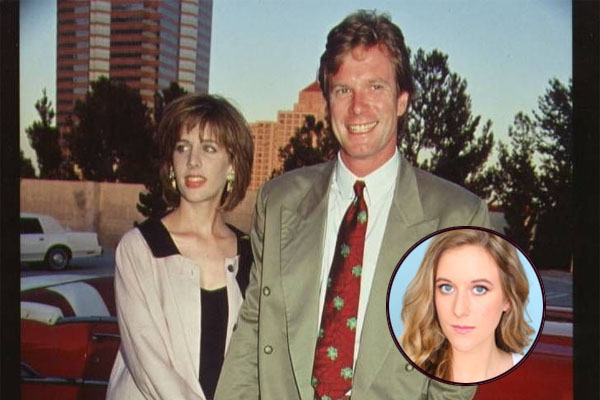 Remington Elizabeth Moses, Tracy Nelson‘s daughter with her ex-husband, William R. Moses was born on August 11, 1992. She is the only kid between the former couple. Though Remington Elizabeth has got two half-siblings named Elijah Nelson Clark and Grace Moses from both of her parents’ side.

Remington Elizbeth’s parents were celebrity actors before but now it seems that they have quitted the acting career to live a normal life. We can assume that Remington Elizabeth must have had a bad experience as childhood as her parents had to divorce when she was just five in 1997. And after the divorce, William R. Moses has been married to his wife Sarah Moses since 2000.

Remington Elizabeth Might Be Struggling In Her Acting Career

Remington Elizabeth chose to be an actress just like her mom, Tracy Nelson. She started her acting career in 2015 appearing in two films ‘A Fatal Obsession’ and ‘Buddy Hutchins’. Sadly, the films couldn’t touch the base where she could turn her fate.

Even though Remington’s parents have a good reputation in the film industry and are famous as celebrity actors, it has been hard for Remington to get back on track. As Remington Elizabeth Moses has not played in that many films, we can think that she is trying to fit in life doing some other line of job.

Remington Elizabeth Is Taken And Adores Her Man

The gorgeous daughter of Tracy is active on Instagram. Looking at the photos that she shares on her Instagram, she seems to enjoy her life a lot. Moreover, most of the photos and videos posted by Remington depict that she has a keen interest in screen-writing and acting too.

Looks like, Pretty Remington too could not escape the magic of love. She is in a romantic relationship with a guy named James Camali since 2014. James is a photographer and filmmaker, a perfect match for Remington who loves film-making and acting. The couple loves each other so dearly.

There is no trace of the love-birds taking the wedding vows or getting engaged. But, Remington’s Instagram pictures with James clearly shows that she is very happy with her romantic life. They are enjoying their love life and never hesitates to flaunt their devotion to each other in social media.

Remington Elizabeth Moses Was A YouTuber

Not so long ago but before three years maybe, Tracy’s daughter Remington opened her own YouTube channel called ‘Remington Moses‘. She has uploaded a total of five videos of herself singing songs that are her own creations.

But now, we guess that she doesn’t update her subscribers in Youtube because her latest uploaded video is like two years ago. We can assume that she became a YouTuber for a while to have fun. Otherwise, she would’ve uploaded videos more often.

The word Remington’s meaning is raven which was derived from the Old English and Elizabeth is a name given to female meaning as ‘My God is an Oath’.