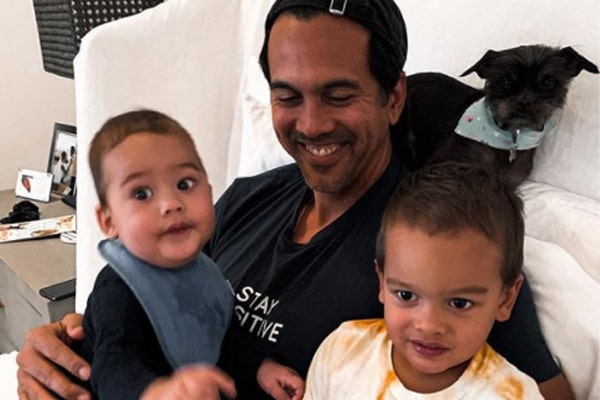 If you are a basketball fan, chances are you have probably heard about Erik Spoelstra. The 50-year-old coach of NBA team Miami Heats is known for his back to back NBA titles with LeBron James leading the team. Erik has been great professionally, but only a few pieces of information are available about his personal life.

Spoelstra was on his way to a game in Indiana when he got the doctor’s call saying that his wife’s water has broken. He was excited and nervous since it was the beginning of his parenthood, which would be a big responsibility. He quickly returned after making a few preparations and arrangements with the General Manager of Heats, Andy Elisburg. Through Spoelstra was 47 at that time, he was dumbstruck with anxiousness.

Coach Spoelstra welcomed his first son, Santiago Ray Spoelstra, on March 25, 2018. The 19 inches long baby Santiago weighed 6 pounds 8 ounces at the time of his birth. It was a very special moment for Spoelstra- one because of the joy of being a father for the first time and the other because of missing his game for the first time in ten seasons of his career. We are sure that he’ll never forget this day.

Nearly after a year of the birth of their first child, the couple welcomed their second son.

The newest addition to the Spoelstra family came in the form of Dante Nicholas Spoelstra. Born in December 2019, Dante is the second son of Erik with his wife, Nikki Spoelstra. The couple welcomed their baby to this world with warm wishes on social media, followed by the fans. Born 80 pounds, 20 inches, the little guy was more than healthier.

While Spoelstra had saddening results with his team Miami Heats before Dante was born, the birth of his second child sparked a lot of joy in him at that time. The baby boy is already grabbing enough media attention, and we can not wait to see what the future of this little guy who’s about to turn a year old looks like.

Erik Spoelstra and Nikki Sapp, together, gave birth to two incredible children. Nikki Sapp is the wife of Spoelstra and the mother of the two children. The couple got married on July 22, 2016, in the gardens of Villa Vizcaya. Since then, the husband-wife are having a pretty good relationship along with the two new additions to the family.

Nikki is a beautiful and bold lady with love for contemporary arts and philanthropy. She currently works as the Creative Director and Contemporary Fine Art Specialist for Art Angels Gallery and is associated with various organizations that work for a social cause.

Not only is she a lady with a fine career, but she is also the best mother any child might expect. Since the birth of Santiago, she has been giving a significant amount of time to the kids. We can see the mother-sons-trio having lots of fun time while their father is busy with the games.

Santiago And Dante Always Have A Great Halloween

Halloween is a big festival in America, and there is no way this fun family will miss this celebration. Even though Erik Spoelstra’s sons are very small, they celebrate this festival with joy. The couple dresses their children in interesting costumes. This year, the family dressed as characters from Toy Story.

Erik dressed as Woody while Nikki, Santiago, and Dante dressed as Bo Peep, Buzz, and Rex. This was Dante’s first Halloween, and last year was Santiago’s. Santiago was dressed as a baseball player last year.

Lastly, let’s enlighten ourselves with the meaning of the names of Spoelstra’s two sons, Santiago Ray Spoelstra and Dante Nicholas Spoelstra, by breaking the full names. ‘Santiago’ is a name of Spanish origin, which means ‘Saint James’ (‘Saint’  =saint + ‘Yago’= Spanish form of James), and the middle name Ray denotes ‘ a ray of hope.’