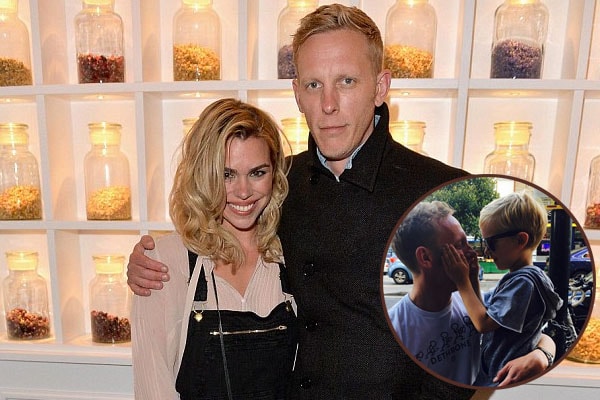 The English actress, Billie Piper’s son Eugene Pip Fox, was born on the 5th of April 2012. Billie had Eugene with her ex-husband Laurence Fox, also an English actor.

The cute little Eugene has an elder brother named Winston James Fox. Well, Eugene could also be an elder brother soon as his mother Billie Piper is pregnant with her boyfriend, Johnny Lloyd. And as for his father Laurence Fox, he is in a romantic relationship with Lilah Parsons, a radio DJ and TV presenter.

Billie Piper and Laurence Fox fall on the list of Celebrity parents who tend to keep their younglings away from media limelight. And they are a pro in doing it. As far as it goes, Eugene Pip’s mother Billie doesn’t upload photos of his on her social media handle. Though Laurence Fox’s social media accounts have got plenty of pictures of Eugene Pip Fox but you can’t see his face clearly. He either is facing the other side or in some cases, wearing a helmet.

After going through Eugene’s father’s accounts, we have known a lot of things about him though. The 6-year-old son of Billie Piper and Laurence Fox loves spending time with animals. He is very close to his pet dog, not just animals he also has got a liking to birds too.

Just like his father, Eugene Pip Fox also has got blonde hair. He also loves painting and tattoos. Apart from being an actor, Eugene’s father Laurence is also a singer. And it seems like the little one is practising and following his father’s footsteps from his early age. So it won’t’ be a surprise if we see a collaboration between the father-son duo in the near future.

The name Eugene is the diminutive of Eugenius which is derived from the Greek word “ευγενης (eugenes)” which means “well born.”

And as for the name Pip, it is a Greek baby name which means “lover of horses.”