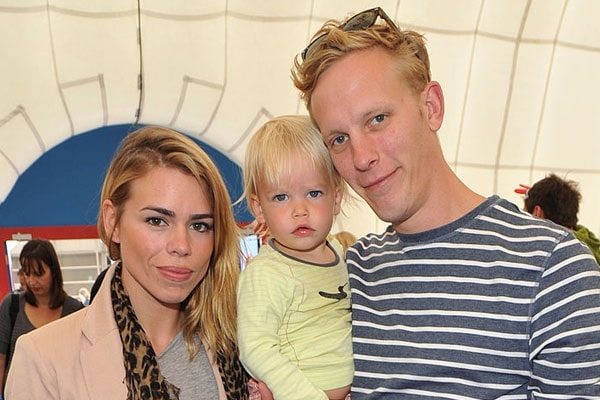 The Doctor Who star Billie Piper‘s son Winston James Fox was born on the 21st of October, 2008. Winston is the eldest son of Billie with her ex-husband Laurence Fox.

Winston James has also got a younger brother named Eugene Pip Fox. He might even be getting a younger half-sibling soon as his mother Billie Piper is pregnant with Johnny Lloyd‘s child. His father Laurence Fox is also dating Lilah Parsons.

The English actress Billie Piper had to go through an emergency C-section to bring her son Winston into this world. As it was the first child of both Billie and her ex-husband Laurence, both were delighted to welcome him.

Back when Winston James Fox’s parents were still together, the family of three would often hang out together and spend a lovely bit of time. They’d go on outings and attend different programs together.

But since the divorce of Billie Piper and Laurence Fox, there seems to be a lot of change being occurred. And one of them is, both of them have decided to raise their children away from the limelight. Billie doesn’t upload photos of her kids, and whenever Laurence does post, he makes sure to keep their face hidden. This shows how Billie and Laurence are so protective about their children.

Despite not revealing the faces we can see that Winston has got a lovely brotherly bond with his younger sibling Eugene. The duo of the Foxs brother also loves to spend time with their father. They go on different trips and vacation whenever they get the chance.

Now only time will tell us, whether or not Winston James Fox will grow up to be a celebrity figure like his parents, or create a different path for his own.

The name Winston is a famous English name which means “from a wine’s town or a friend’s town.”

And as for the name James, it is being derived from the Hebrew name Jacob which means “supplanter.”