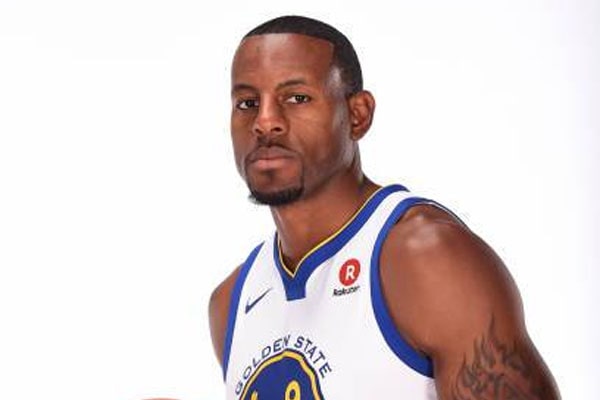 Beautiful London Iguodala is Andre Iguodala‘s daughter with his baby mama, Clayanna Warthen, and was born in 2009. She is the only daughter of Andre and Clayanna. Well, she also has a half-brother named Andre Tyler Iguodala II. London’s dad, Andre Iguodala, is an American professional basketball player and plays for Miami Heat in the NBA.

In August 2016, her dad married his childhood sweetheart, Christina Gutierrez, in Los Cabos, Mexico. Coming back to London, most of you may not be familiar with Andre Iguodala’s daughter. So, stick up with the article until the end to know more about London Iguodala.

London Iguodala Has An IQ Of 151

According to Heavy, London Iguodala has an IQ of 151, putting her in the top 97% of the country. Warthen claimed her daughter is a genius with a 151 IQ, already reading Harry Potter books. Andre Iguodala’s baby mama also stated that the multi-million dollar NBA player wouldn’t even fully pay for her education.

We assume London’s mom, as a responsible and caring parent. She possibly didn’t leave a spot to be the ideal parent for her daughter. Nevertheless, in all, London Iguodala is a genius and has an IQ of 151.

Although the Miami Heat star made a promising career from basketball, he doesn’t want his daughter to take up basketball. It’s so unlikely why he would do such a thing. Well, the reason behind it is the fear for London’s dad if she’ll become a lesbian. London’s dad is perhaps a protective father and wants London to be far away from the sport.

While other basketball players get delighted when their children play basketball, Andre got bummed when his daughter played basketball at school. He is so against his daughter, playing basketball and fears if she turns out as a lesbian. He clarified saying that he knows WNBA players who are lesbians, and simply didn’t want little London to experience “the same struggles” they have.

Probably Living With Her Mom

Andre Iguodala’s daughter, London Iguodala probably has been living with her mom, Clayanna Warthen. In the past they lived inside the Sherman Oaks, CA apartment. It was back then when Warthen told that the NBA baller saw London for a grand total of 9 hours in 2015 and shunned her, not even bothering to call on Christmas.

The Hip Hop model, Clayanna Warthen sued her baby father for child support. According to NBC Sports, she sought temporary support of $12,000 to $15,000 a month in 2009.

London Iguodala’s mom couldn’t even fully pay her school expenses on the $16,000 a month as child support. So, she wanted her baby father to pay $58,000 a month in 2016 since Andre made around $11 million a year. Furthermore, she accused the NBA baller wouldn’t let his daughter meet her half-sibling.

Keeping Her Far Away From Social Media And Spotlight

Both of London’s parents are keeping her distant from social media and the spotlight. Going through Andre Iguodala’s Instagram, he has not posted any photos of his children.

On the other hand, the hip-hop model, Clayanna is also probably living a subtle life with her daughter. The mother-daughter duo is not familiar faces in the limelight. So, we can say that London, as a celebrity kid, is living a life away from the media and spotlight..

According to the English origin, the name London refers to ‘From the Great River.’