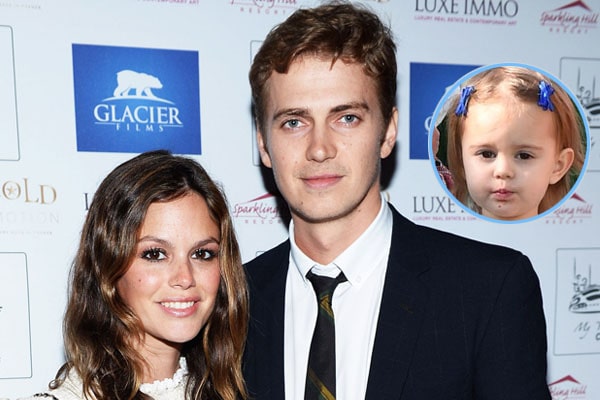 The co-star who starred together on movie Jumper, Rachel Bilson, and Hayden Christensen found their own space of love for each other as they got engaged back in 2008. During the ten years together in the relationship, they were blessed with a child, a daughter named Briar Rose Christensen, who was born on October 29, 2014. After calling off their relationship after a decade long misunderstanding and sacrifice, it looks like Rachel has moved on from Hayden as she made an official debut on the Red carpet with her present boyfriend, Bill Hader.

Briar Rose Christensen, Rachel Bilson’s baby girl, is the cutest baker in the town. She showed interest in baking since she was a tiny baby, she still is though! Maybe little Briar dreams of being a baker and opening a cute small bakery. Well, she totally can ‘coz we all are always in need of cookies.

Probably Briar got interested in cooking and baking from her mother as Rachel is known for being a good cook. Well, isn’t this mother and daughter duo so adorable? We hope the cute mother-daughter pair opens a bakery, and we can get full stock of their creations.

Disney has always been part of most of the people’s childhood, and the ex-couples Rachel Bilson and Hayden Christensen are not strangers to the dreamy Disneyland. In the interview with US magazine, Rachel revealed that daughter Briar was named after the Disney Princess Aurora from the classic 1959 movie ‘Sleeping Beauty.’

Cute Briar, like her name, is the princess of her parents and growing up in lots of love and care. We can tell that Briar Rose Christensen has been blessed by good-looking genes and beautiful moniker on top of that.

Mini-Me Of Her Mother

Briar is growing up just fine and has adapted her gorgeous mother, Rachel Bilson’s actions. We know that she has already picked up her mother’s baking interest, and from Rachel’s interview with People, we also came to know that baby Briar has also already picked up mommy Rachel’s makeup routine. Mama Rachel said in full of love for her daughter that she found it so cute that her baby wears moisturizers by herself and also puts on tinted ChapStick very liberally.

We can see that Briar and mama Rachel have a special bond and are happy with each other’s company. As little Briar has already followed her mother’s beauty routine just by looking, we can assume that the mother-daughter duo spends a lot of time together and are bed-buddies.

Co-Parented By Her Parents

Briar Rose’s parents, mama Rachel and papa Hayden have already separated from ten years-long relationships. However, this does not stop the ex-couple from spending time with their cute daughter, Briar. Rachel Bilson and Hayden Christensen are co-parenting their daughter very nicely.

Briar’s mother, Rachel, revealed to People that no matter how much anger and frustration she has with ex-boyfriend Hayden, she keeps it aside for the proper upbringing of Briar. Also, in the article published by Daily Mail, Briar’s face has not been shown; it seems like her parents do not want her face to be revealed in the media.

The name Briar is of English origin, meaning a thorned shrub. And for the middle name, it is of Latin origin, which means a flower.