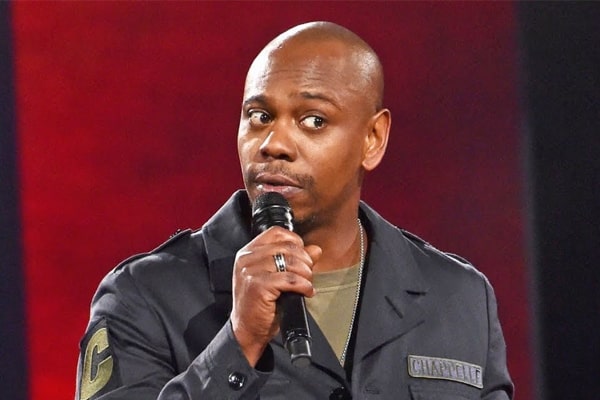 Dave Chappelle's son Sulayman Chappelle is having a normal childhood despite being a star child. Image Source: Social Media.

Humor is the best thing that has happened to humankind, and to acknowledge the talent to make people laugh is the other wonder. Such wonder is an American stand-up comedian, actor, writer, and producer, Dave Chappelle.

The three Grammy Awards winner, Chappelle, is known for his satirical comedy sketch and has appeared in several films. Furthermore, the veteran comedian has been cherishing his career delicately, but the other thing of great value is his marriage and his beautiful children. Hence, today we shall be tailing one of three Dave Chappelle’s precious baby, Sulayman Chappelle, with wife, Elaine Erfe. Ready?

Sulayman, The Eldest In The Family

Dave Chappelle is the most prominent name as a comedian. Another thing to appreciate about the old chap is his sheer privacy. Well, he and his wife, Elaine Chappelle, shared their vows in 2001 amidst friends and families. However, IMDb claims his marriage date as 5 December 2004.

The couple welcomed their first child in 2001; it’s a wild guess according to his interview with Web Archive. In the article, he talked about being a newly married and a new father and revealed the name of their first son, Sulayman Chappelle.

Dave was very thoughtful of naming his son from the very start. He did not want to call Sulayman ‘David Jr.’ as he was aware that there would be comparison throughout his life. Hence, he named him the Arabic version of Solomon. Interesting!

Despite the magnitude of Chappelle’s fame, Sulayman is living a life secluded from the media scrutiny. Furthermore, he is growing up along with his younger brother, Ibrahim Chappelle, and sister, Sanaa Chappelle aka Sonal Chappelle, in Yellow Springs, Ohio.

Aforementioned, Dave is a very private person and does not like to present the world anything but perfection. But, it excludes his family. However, a father cannot hide his excitement to witness his children’s growth. Alike was Dave Chappelle’s situation regarding his eldest son’s interest in boxing.

According to TMZ, Chappelle’s son was learning to box back in 2015 with some of the best trainers- the Pacquiao camp. Furthermore, the Grammy Award winner, Dave revealed that his son might as well go pro.

Moreover, when asked about how serious he was about the sports, Dave told it was about letting kids explore an interest and nurture them. DING! DING! A supportive father alert!

Likewise, people in the gym also mentioned that Dave Chappelle’s son is pretty good and is no joke. Well, there’s plenty of time for Dave’s son to choose his career. So, we can anticipate if he’s set to create his legacy or will follow his father’s footprints.

A baby is always very precious for a couple to bond with. The new beginning is terrifying but assuring at the same time. That was what happened when the A Star Is Born, actor, Dave Chappelle, welcomed his first son, Sulayman, with his petite Filipina wife, Elaine Mendoza Erfe.

The pair welcomed two more children after Sulayman including Ibrahim and Sanaa, but their bond remained as strong as ever. Because a comedian is surrounded by controversy ’cause of the topics they choose to joke about, Dave, too, was no exception. But, the shows further brought the father-son duo together, cherishing their memories and teaching one another great lessons of life.

Even now, as stated above, Dave seems to be a supportive father and thus would go miles to fulfill his son, Sulayman’s wishes. Because Sulayman barely makes public appearances, we don’t exactly know what’s his career choices are. But, let’s hope to see him shortly outshining his hilarious father.

The name Sulayman means ‘the man of peace’ and has an Arabic origin.