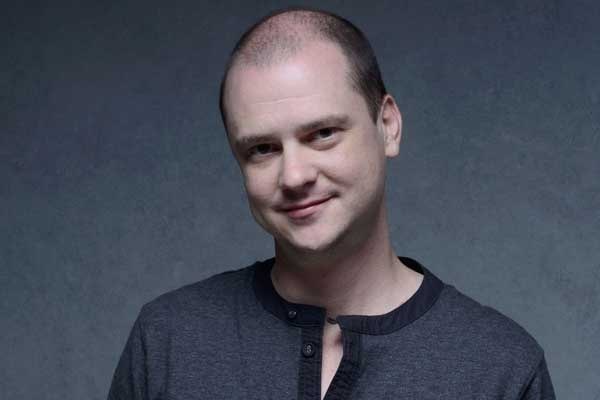 Mike Flanagan is an acclaimed American filmmaker mostly known for his works in horror movies like Absentia, Doctor Sleep, The Haunting of Hill House, and many more. He is currently sharing his marital life with his better-half, Kate Siegel. The lovely duo has two children together, a son Cody Paul Flanagan and a daughter Theodora Isabelle Irene Flanagan.

However, Mike also has another son named Rigby Joseph Flanagan-Bell from his previous relationship with actress Courtney Bell. The couple was together for nearly seven years, from 2010 to 2016. Before her, he was married to Shea Cerveny, an American make-up artist, but at that time being, the couple didn’t share any child together. So, let’s get to know the three off-spring of the film-maker Mike Flanagan.

Mike Flanagan’s son Rigby Flanagan-Bell was born on October 15, 2010, while he was in a relationship with Courtney. At the age of six, Rigby made his first movie debut as he played the role of young Cody in the horror flick Before I Wake. At a very young age, he got the opportunity to work alongside his parents. His mother played the part of Andrea, whereas his father was the director.

However, we have not heard of Rigby since then. We can only assume he is preparing for his next big screening, or maybe he is just focusing on his education. Speaking of his and his father Mike’s relationship, we can only imagine how much of an amazing father Mike must be. They might spend a lot of time with each other making their bond stronger.

Born on 6 November 2016, mother Kate Siegel uploaded her son’s picture on her Twitter page, introducing him as her son Cody. He loves spending time with his mother and little sister, Theodora. The three of them can be seen enjoying the sun at the beach, near the park and behind their lovely house.

Like every Hollywood mother, Kate is really cautious when it comes to her children. Despite uploading tons of photos of her kids, she has not revealed their faces. In an interview, she mentioned the first sound Cody made was a grunting sound. He picked up the noise when father Mike was working on the film Gerald’s Game.

Mike and his partner Kate were inspired by the Shirley Jackson novel of Haunting of Hill House and hence decided to name their daughter after a character. Kate was pregnant when she was shooting for the Tv version of the novel, and her husband was at the director’s seat when the idea struck them. Father Mike was the one breaking the news to his fans on his Twitter page that his wife had given birth to their first daughter. He also mentioned that both the mother and the newborn were fantastic, tired, and so happy.

Today, Kate and I welcomed our daughter, Theodora Isabelle Irene Flanagan, into the world. Mom and baby are both fantastic, tired, and so, so happy.

Furthermore, as mentioned above, Mike Flanagan’s daughter, Theodora Isabelle Irene, loves spending time with her mother and elder brother Cody. Both the brother-sister duo share a special bond. Little Theodora loves riding a bicycle, and cuddling with her momma is something both the mother-daughter duo adores.

Mike Flanagan’s son Cody Paul Flanagan’s first name is derived from the Irish Gaelic surname Mac Óda, it means wealthy. As for his middle name Paul, it is of Roman origin, meaning small or humble.