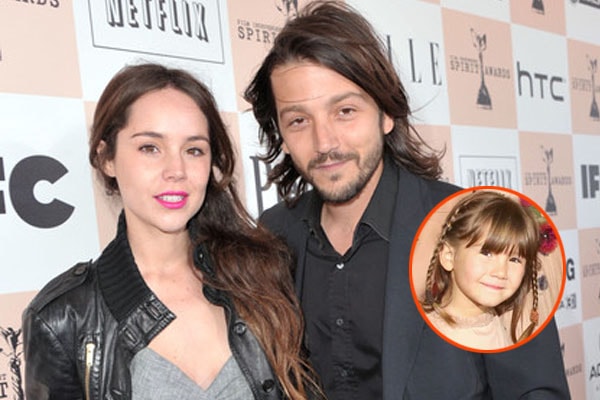 Diego Luna‘s daughter Fiona Luna was born in July 2010. Fiona is the second child of Diego together with ex-wife Camila Sodi. The ex-couple ended their marital relationship in 2013 after five years of being together and raising two kids.

The adorable Fiona is the younger sibling of Jerónimo Luna who was born on August 2008. Fiona and Jerónimo live with both of their parents Diego and Camila.

The pretty Fiona Luna not only shares her mother Camila’s beauty but also shares a seat beside her whenever they are traveling. The mother-daughter are very close, and it seems like they are inseparable. Both of Diego’s children spend most of their time with their beautiful mother, Camila.

Camila has already introduced her beautiful daughter Fiona to the world of fashion. The gorgeous mother-daughter duo has walked down the ramp in one of the fashion shows of Alexia Ulibarri. Even from the back, they look absolutely stunning. The one thing that Camila makes sure to do is hiding her children’s faces as much as possible. Fiona and Jerónimo’s mother ensures their privacy in the pictures blurring their faces.

Like her brother Jerónimo, Fiona is also a fan of Star Wars. The siblings even love cosplaying characters from the Star Wars. They made the one-time public appearance together with their parents Diego and Camila in the red carpet of Rogue One: the movie starring their own and only father, Diego.

Diego Luna and Camila Sodi are co-parenting their children since they got divorced in 2013. However, the ex-couple are in good terms, and they support each other. They have been great parents to their younger ones.

Fiona is a name for a girl and is derived from the Gaelic word fionn which means white or fair. Diego Luna’s daughter Fiona inherits her paternal grandmother’s name.