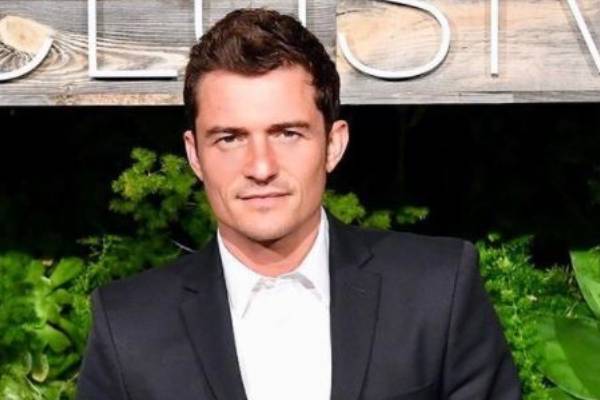 With the new adaptation of J.R.R. Tolkien‘s novel, The Lord of the Rings, coming to the television in September 2022, fans are more than excited, and at the same time, they have one thing on mind – cast members. They are eager to know if the original cast will reprise their role in the upcoming television series. Furthermore, several of them have searched about the cast’s personal lives.

One of the cast members who gained significant fame in the entertainment industry is Orlando Bloom. He portrayed the character Legolas, a Sindar Elf of the Woodland Realm. Furthermore, he is one of the nine members of the Fellowship who goes on the journey to destroy the One Ring. Apart from this, he has acted in different other movies and television series, which have helped him gain fame and fortune to his name.

The famous English actor is the doting father of two kids, a son and a daughter. In this article, let’s learn in detail about Orlando Bloom’s son, Flynn Christopher Blanchard Copeland Bloom, and see how he is growing up.

Is The Firstborn Of The Actor

As stated earlier, the famous English actor has two kids. Orlando Bloom’s son, Flynn Christopher Blanchard Copeland Bloom, is his firstborn, whom he welcomed with supermodel Miranda Kerr. In August 2010, Flynn Christopher’s mom, Miranda, announced her pregnancy while talking with the Spanish edition of Vogue.

Furthermore, Flynn’s mom became the first pregnant model to cover Vogue’s Australian issue. She did many shoots during her pregnancy. On January 6, 2011, Orlando Bloom’s ex-partner, Miranda, gave birth to their son. Furthermore, she gave birth to him naturally without any pain medication. She had gone through a long, difficult, and arduous labor, and Orlando was with her.

Miranda revealed the news via her website, where she wrote that they were happy and enjoying their time together as a family. Furthermore, she even thanked everyone for their good wishes and lovely thoughts. In addition, Flynn’s parents are raising him away from media scrutiny and have not revealed his face.

Orlando and Miranda share their son’s pictures in which his face is not revealed. And even if they have the photos with the full face, they cover it with emojis. It seems like they don’t want to invade their son’s privacy, and must be trying to protect him from the spotlight till he grows up and can make decisions for himself.

While expecting a baby, every parent thinks of the best and meaningful names for their little one. They want their baby’s name to be unique and one that carries a significant meaning in their life.

Well, in the case of Orlando Bloom’s firstborn, Flynn Bloom, he and his ex-partner thought of several names. But in the end, they named him after Miranda Kerr’s ex-boyfriend, Christopher Middlebrook.

While talking with People, Flynn’s mom revealed that after the demise of her ex-boyfriend, she wrote him a letter. In the letter, Miranda said that she hoped to name her first kid after him in some way. She talked to Orlando, and the actor told her he’d be happy to do that.

Flynn’s mom named him after her high school sweetheart, Christopher Middlebrook. They dated for two years, and when he was a teen, he died in a car accident.

His Parents Are Already Divorced

Flynn Christopher Blanchard is the only son of Orlando Bloom and Miranda Kerr. His dad and mom began dating each other in late 2007 and the following year Flynn’s father met his maternal grandparents in Australia for the first time. It was also their first public appearance together as a couple.

After dating for three years, in June 2010, Flynn’s parents got engaged. The following month, in July 2010, the duo walked down the aisle in an “intimate ceremony.” A year later, in January 2011, Flynn was born to his parents.

Sadly, his parents’ marriage could not last long, and they separated in 2013. In October 2013, his mother and father revealed that they had separated several months ago and planned to end their marriage officially. By the end of 2013, the separated duo got divorced.

Even though Flynn’s parents are no longer together, they have maintained a good relationship for his sake. Orlando Bloom’s son must have made peace with their separation, and they must be living a peaceful life.

Following the separation, Flynn’s dad and mom moved on in their lives and began their new relationship. His dad started dating popular singer and songwriter Katy Perry in January 2016. In February 2019, the couple got engaged. On August 26, 2020, Orlando and Katy welcomed their daughter Daisy Dove Bloom.

Flynn is close to his half-sister and takes good care of her. In addition, Orlando Bloom’s son, Katy, and his daughter often spend time together.

Similarly, Flynn’s mom, Miranda, began dating Evan Spiegel in 2015, and a year later, in July 2016, the couple got engaged. Then, in May 2017, they exchanged the vows. Then, on May 7, 2018, Flynn Christopher’s half-brother, Hart Spiegel, was born. Finally, in October 2019, his youngest half-brother Myles Spiegel arrived.

Orlando’s son, Flynn, might have a great relationship with all his half-siblings, and he must be having a wonderful time growing up with them. Furthermore, let’s hope Orlando Bloom’s boy, Flynn Christopher Blanchard Copeland Bloom has a beautiful life ahead.