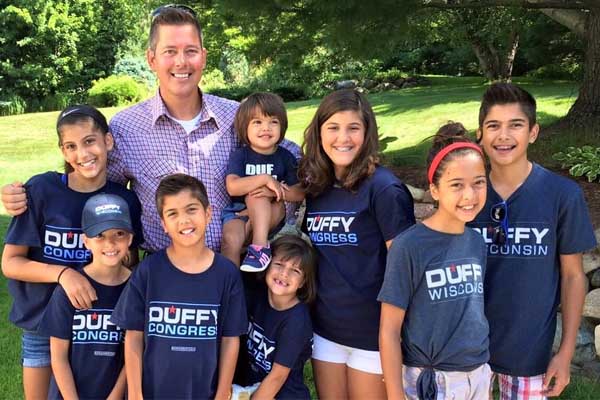 The family of eleven is living their life as comfortable as they can, appreciating what they have. Sean practices Roman Catholicism and teaches his kids the ways of Christian. Sean is a great dad and even better politician, so why did he resign from Congress on September 23, 2019? Well, the reason behind that was the health condition of his youngest daughter. He is a loving and caring father who puts his kids above anything else. So, let’s get to know more about Sean Duffy’s children.

Everyone knows how much of a great leader Sean is, but did you know he is an even better father. He puts his kids above work, and as a congressman, he wasn’t able to dedicate much of his time to his kids so, he decided to resign from congress. His youngest daughter Valentina was born with Down syndrome and a heart defect. So, in order to spend more time with his newly born daughter and his family, he resigned.

Now he is working on CNN and has a whole lot of time to spend with his family, which he surely must appreciate. After his ninth child was born, Sean, along with his other family member, was overjoyed and excited to meet the newest addition to the family. However, after knowing his newly born child was suffering from a heart condition and needed open-heart surgery. Sean decided it was the right time for him to take a break from public service in order to support his wife, baby, and his family.

Sean Duffy’s daughter Valentina Stella Maris Duffy was born a month ahead of her schedule. And after Valentina’s arrival, her mother Rachel posted a picture of her captioning, little Valentina was the sweetest, most perfect thing she and her husband have ever seen. We could clearly see the excitement and joy, but things always don’t turn out the way we think. Though Valentina seemed perfectly healthy, she was born with not one but two severe conditions.

First of all, Sean Duffy’s daughter was born with three copies of chromosome 21 instead of the usual two, which lead to, Down syndrome. Whereas she had two holes in her heart and needed open-heart surgery. On January 5, 2020, Rachel posted a picture of her daughter mentioning baby Valentina finally arrived home after spending seven weeks in the NICU. She also wrote Valentina was eight pounds five ounces when she arrived home and when she reaches ten pounds, she would be ready for her heart surgery.

Both Sean and his wife Rachel are religious and patriotic people, so, it’s obvious that they are teaching their kids the same values they have. Being Sean Duffy’s children is not an easy task, as their parents are continually working to make society a better place. However, despite having such a tight schedule, Sean somehow finds a way to spend time with his family, either by taking his kids to work or by having a nice cooked turkey with them.

You know a public servant has to work on weekends too, but Sean always finds a way to bond with his children. He has been seen carrying his young one around even when he is out working or meeting people. When he is home not working, he like cooking with his kids and teaching them how to fish, like a classic dad. 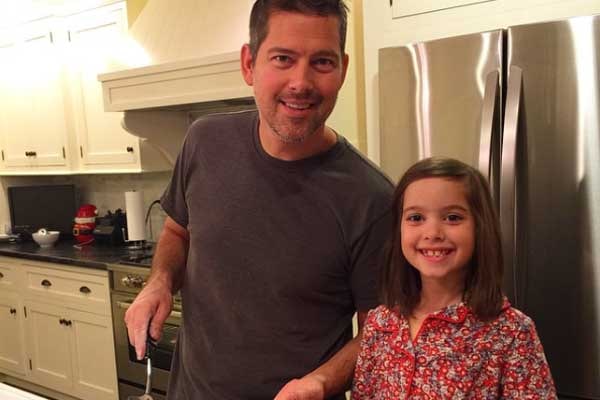 Moving on, holidays are the most important part of Sean’s life as he gets to spend a whole lot of time with his family. On Thanksgiving, the Duffy family has a nice meal together, and on Halloween, they love trick or treating.

As mentioned earlier, Sean Duffy is enjoying an amazing family time but what more is his baby mama, Rachel Campos-Duffy is to co-host Fox & Friends Weekend following Jedediah Bila‘s exit.

Moreover, Sean Duffy’s wife, Rachel is set to make her debut in the role on June 12 alongside Pete Hegseth and Will Cain. The Mom’s host revealed that she is confident to continue delivering the number-one-rated cable news in America. Rachel further added she looks forward to hosting alongside her friends, Pete and Will every Saturday and Sunday.

Additionally, the mother of nine and wife of network contributor, Sean Duffy is reportedly planning to host a podcast for Fox News Audio From the Kitchen Table with her partner.

Evita Pilar Duffy: The name Evita is of Hebrew origin, meaning Living one.

John-Paul Duffy: The name John-Paul is of French origin, meaning Jehovah has been gracious; has shown favor.