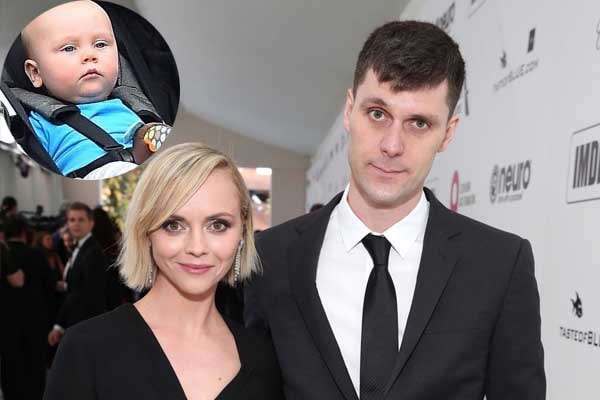 Freddie Heerdegen is the only son of actress Christina Ricci and her better-half James Heerdegen. Image Source: Getty Images.

Did you know our favorite actress Christina Ricci from Casper, is a proud mother? She and her better-half James Heerdegen exchanged their vows on October 26, 2013. Since then, the pair have been sharing a wonderful marital life and are parents to a son named Freddie Heerdegen.

Christina Ricci’s son Freddie Heerdegen was born in 2014 and since then had been the topic of gossip. Why? It’s because his mother has kept him all for herself. Like many celebrities, she also has not revealed much about her son. However, little information regarding her toddler has spread across the internet. So, let’s see what we can learn about him.

His Priceless Reaction To Casper

It all started when little Freddie came home from preschool, he went up to his mother and asked her was she a movie actress. It was not like Christina told him that she was an actress, people mentioned him that, says mama Christina. She then had to explain the whole thing to her then three and a half year son.

Christina and James had shown little Freddie; some of her movies and the one that stands out the most is Casper. Christina was just a child when she played that movie in 1995. At first, Freddie refused to watch that movie as he didn’t want to see anything where his mother looked different. Eventually, he started requesting, and his parents showed him. However, little Freddie wasn’t at the age where he could differentiate reality from friction.

So, Freddie ended up asking his mother about her childhood with her best friend, Casper. For a while, it continued as he went on to ask her all about her ghost friend and her experience living alone with dad. Christia explains the whole thing to be rather amusing.

Apart from her speaking about her son’s reaction to her movies, Christina also explained that she wouldn’t be opposed to her son pursuing a career in the arts. But, she is rather cautious about letting him start early. She has mentioned countless times that her son won’t be acting any time soon. Christina says when her son is an adult, then he could do anything he wants, and if it’s an artistic path, he wants to pursue, she will welcome it. So, until and unless Christina Ricci’s son Freddie Heerdegen becomes an adult, we will have to wait to see him on the big screen.

Furthermore, Christina has addressed countless times that motherhood has changed her in every way. She once said that marriage shows you your flaws in how you deal with things and having a child forces you to grow up at the speed of light.

Keeping Son Freddie For Herself

As we have mentioned that mom Christina keeps her son all for herself. The main reason behind it is, she thinks it’s child abuse to make your child famous. Being famous is not good for children, having media follow you wherever you go, it’s quite harsh for a kid. Plus, being famous has a million backlashes, and mother Christina isn’t willing to take a risk.

Maybe that’s why she hasn’t uploaded pictures of her son on her social media accounts. She wants her son to live a comfortable and normal life as far as possible.

Shares A Lovely Bond With Parents

We can’t say for sure, but we can assume mother Christina takes her son to the park where he plays with his little friends. While father James might take his little man to work where he shows his son the ways of the show business. Hence we can only imagine the family of three living their life as comfortable as they can enjoying and cherishing their moments with one another.