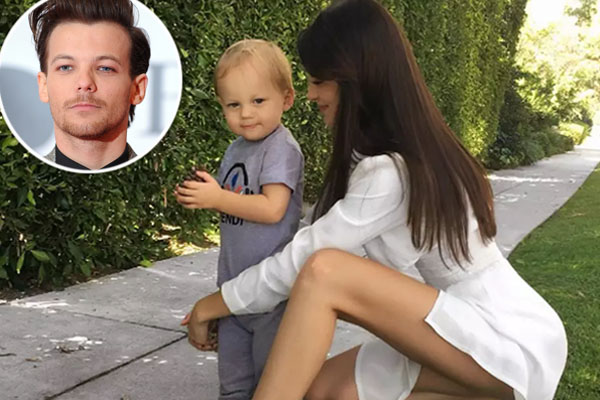 The former One Direction bandmate, Louis Tomlinson’s son, Freddie Reign Tomlinson, was born on January 21, 2016, in Los Angeles, CA. The firstborn of the famous pop star, Freddie, is in custody of his mother, Briana Jungwirth.

Freddie Reign is the firstborn child and the son of famous British pop star Louis Tomlinson and American fashion stylist, Briana Jungwirth. The adorable little boy shares an intimate and strong bond with his parents, despite the parent’s divorce.

The former lovebirds, Louis Tomlinson and Briana Jungwirth’s little boy, Freddie, is growing up. The proud dad to adorable son Freddie Reign has a strong and intimate relationship with his little boy. Furthermore, the young Freddie looks just like Louis in a photo shared by the former girlfriend, Briana Jungwirth. The fans and followers were amazed and could not believe the uncanny resemblance between the father-son duo.

The pop superstar and an X Factor judge, Louis’ first Father’s Day was an emotional one with his firstborn son. Tomlinson took to Instagram to share a rare snap of the father and son with a heartwarming caption.

Despite having a life circulating over the media and followers, the One Direction superstar likes to keep his family life private and despises any media intervention when it comes to his family. However, Tomlinson’s friend and collaborator, Steve Aoki describe their amazing relationship with the media. Steve reveals how incredible father the new X Factor judge is to his son. Furthermore, Steve explains that Louis is the best dad and has a big heart.

The former lovebirds, Briana and Louis, parted their ways when mother Briana was eight months pregnant with little Freddie. However, the dedicated father promised to love and support their child financially. Despite not ending the relationship in a friendly way, the ex-husband and wife are now in good terms and good spirits.

“Freddie” is a name for a baby boy. The lovely name has a German origin and is derived from the Old German name “Frithuric”. The name is the combination of two different German words, Fridu and Ric. The meaning of the word “Fridu” is peace and the meaning of “Ric” is “Ruler or Power”. Therefore, the meaning of name “Freddie” is a Peaceful ruler.

The beautiful name Reign is a Latin baby name from the Middle English and Old French. The name “Reign” means “to rule”.