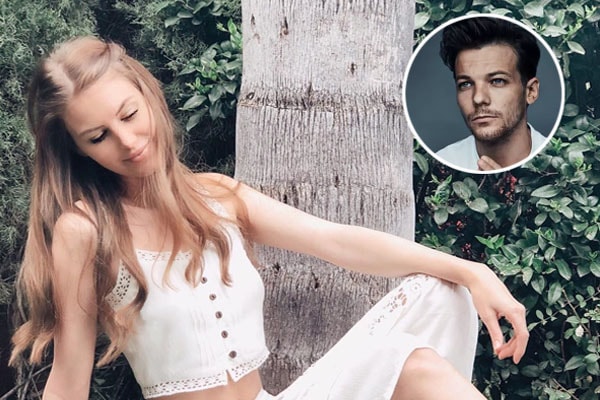 The X Factor judge and singer-songwriter, Louis Tomlinson’s baby mama, Briana Jungwirth, is a famous creative hairstylist. The stunning Jungwirth gained fame after an explosive fling with the former One Direction bandmate which resulted in pregnancy.

The stunning hairstylist is the mother of a young two years old son, Freddie Reign Tomlinson, with her former partner and famous pop star, Louis Tomlinson. The relationship between Tomlinson and Jungwirth sparked after a meeting in April 2015. However, the short-lived relationship ended before the birth of their firstborn son.

The firstborn of Briana Jungwirth with her celebrity husband, Louis Tomlinson, Freddie, was born on January 22, 2016. The former soulmates parted their ways after a brief fling in the year 2015, when Jungwirth was pregnant. The Louis Tomlinson look-alike is now in the custody of his gorgeous mother, Briana, and lives in Los Angeles.

Happy Birthday Freddie. Nothing has made me happier than seeing you grow into the kindest and most loving little human. You have the most beautiful soul I’ve ever come to know. I love you ♥️

The stunning mother of almost three years old son, Freddie reign celebrated her son’s second birthday in Disney land in the US. Louis Tomlinson’s son Freddie enjoyed turning two with his mum, Briana Jungwirth, at the most magical place. Mother Briana posted several snaps of the mother-son pair posing by the Sleeping Beauty Castle. The relationship between the mother-son pair is intimate, strong and adored by many. Despite having a private family life, Briana often posts pictures of the mother and son adding some dose of cuteness for the followers.

The father of Freddie and famous pop star has moved on with his life and is now in a relationship with Elenor Calder. However, Louis is seeking joint custody of their baby and is after 50-50 split of their time.

Briana Wanted To Get Back Together With The 1D Hunk

The famous If I Had You actor Louis Tomlinson’s love life in the past couple of years has been nothing but dramatic. Shortly after splitting from Eleanor Calder, Tomlinson got Briana pregnant before starting to date his former girlfriend, Danielle Campbell. Furthermore, According to Briana’s friend, Luke Poole, the baby mama of Louis was apparently hoping that the couple would reconcile, after parting ways with Danielle.