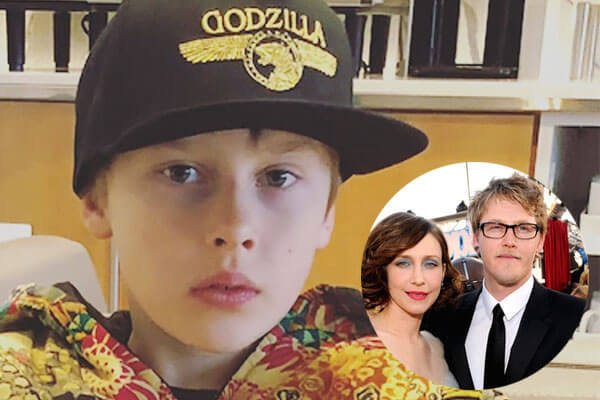 American actress Vera Farmiga and her husband Renn Hawkey are parents to a son, Fynn Hawkey. He is the couple’s first and the eldest child together. Vera Farmiga’s son Fynn Hawkey aka Fynn McDonnell Hawkey was born on January 13, 2009, in Rhinebeck, New York, USA. His parents tied the wedding knot in 2008.

Fynn has a younger sister, Gytta Lubov Hawkey, born on November 4, 2010. He bonds well with his parents and sister. Fynn is also an adorable son, who likely goes to school and thoroughly enjoys his childhood years. As the son of an actress mother and musician father, Fynn’s life is probably fun and full of excitement.

Fynn Hawkey, who celebrated his 10th birthday this year, enjoys his life to the fullest. Being the only son of Vera and Renn, Fynn gets a lot of privileges as a result. Him and his cute sibling, Gytta, often accompany their mommy on personal and professional trips. At a young age, Fynn acted alongside his mother in the movie Higher Ground (2011). The film’s director was none other than his mother, Vera.

Besides movies, Fynn is an outdoors kid. He loves to walk through the serene atmosphere of the nearby woods with his loving dog. Well, spending quiet time alone helps kids process their thoughts well. So, Vera is quite fond of letting her kids and dog play among the trees.

Furthermore, Fynn loves to help his parents out in the backyard. It seems the family of four believes in healthy eating, as Vera got together with her husband and kids to plant several vegetables on their garden. Among the vegetables were cabbage, broccoli, kale, bell peppers, and hot peppers. The Hawkey family sure does love spicy food!

Moving on, Fynn is also a fan of the Godzilla movies. According to Vera’s Instagram post, he is obsessed with the fictional monster after watching Godzilla: King of the Monsters. Well, the future looks bright for Fynn and his younger sister Gytta. Following his parents’ footsteps, Fynn might as well pursue a career in both acting and music, because why not?

Fynn is a variation of the name Finn, which derives from Irish. Its meaning is “fair, white.”