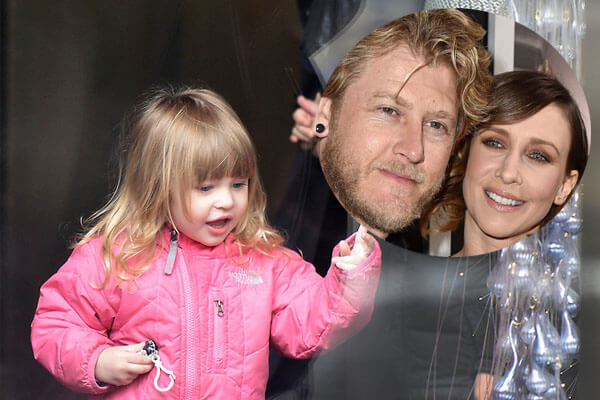 Vera Farmiga‘s daughter, Gytta Lubov Hawkey, was born on November 4, 2010. Gytta is Vera’s second child with her husband, Renn Hawkey. Her firstborn child, son Fynn Hawkey, was born in 2009. Vera was previously married to Sebastian Roche, with whom she has no children.

Gytta Lubov’s parents, Vera and Renn, tied the wedding knot in 2008. Since the birth of their kids, the spouse duo Vera and Renn have been busy raising their children together. Gytta Lubov is growing up healthy under her parents’ loving and caring shadow. She likely goes to school with her elder brother, Fynn.

Up In The Air actress Vera Farmiga and Renn Hawkey’s only daughter, Gytta Lubov Hawkey lives a quiet and enjoyable lifestyle with her parents. Gytta, who will celebrate her 9th birthday in November this year, goes to school and enjoys her life. Like all parents, Vera wants her baby girl to get a good education and become a successful person in the future. As such Vera takes her son and daughter out to red carpet events and gives them a good media exposure.

Similarly, Gytta Lubov also loves spending time with her elder brother, Fynn. Little Fynn is just a year older than Gytta, so they’re likely best friends at home. After all, kids of a similar age have matching hobbies and love to play the same things. Moreover, Gytta’s mother, Vera, makes sure that the world doesn’t miss out on her lovely daughter’s adorable pictures.

The mother-daughter duo certainly loves to spend some quality time together. The young and pretty Gytta is a woodsy girl, and she loves to go camping in the woods with her parents. Likewise, Vera and Renn make sure that her daughter grows up in a healthy environment. They have provided their daughter love, comfort, and good education. Following her mother’s footsteps, Gytta might be daydreaming about pursuing an acting career in the future.

Gytta is a variation of the Eastern European name, Gitta, which means “love” or “beloved.”