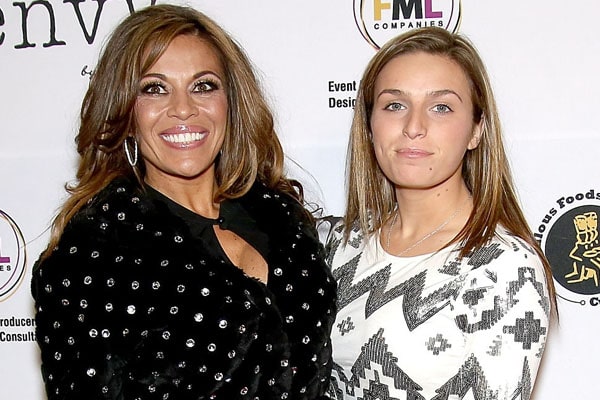 Gabrielle Catania is the daughter of reality TV star Dolores Catania, born on September 25, 1995. She has a brother named Frankie Catania. Dolores welcomed both of her children from her previous relationship with Frank Catania.

The Catania family first appeared in the reality TV series The Real Housewives of New Jersey in 2009. Gabrielle was just a teenager when we were first introduced to her. Speaking of Gabrielle, she is a veterinarian and an animal advocate. Let’s get to know more about her.

Dolores Catania‘s daughter Gabrielle Catania is an animal lover; her Instagram is full of pictures of animals. She really adores them; in fact, she has a guinea pig and three pet dogs. Time flies when Gabrielle is with them, and she really likes taking care of them. Her dream is to help and take care of all those animals who were treated like trash. So, in order to fulfill her dream, she studied veterinary and is currently living her dream.

We can clearly see Gabrielle and her affection towards animals from her Instagram posts. She really loves her three lovely dogs and is seen feeding the farm animals. Yes, farm animals, Gabrielle enjoys hanging out in the countryside where she can find a lot of farm animals. Similarly, Gabrielle loves hugging her dogs. She takes her dogs where ever she goes, she takes them to the park, and even near the waterfall.

Furthermore, Gabrielle’s love toward the animal took her to the Caribbean Island of St. Kitts. While she was studying at the Ross University School of Veterinary Medicine, the island was hit by Hurricane Irma.

Mother-Daughter Reunite After The Hurricane

Dolores Catania’s daughter Gabrielle Catania graduated from the University of Delaware. Then, she moved to St. Kitts to follow the path of becoming a veterinarian. While there, the island was struck by category five Hurricane. When fans heard the news, they were really worried about Dolores’ daughter. Dolores herself was counting her blessing so that her child would make it safely through the catastrophic storm.

Another warm and wonderful trip to @StKittsTourism is in the books! Thank you for showing us more of the beautiful island you are calling home while you become a doctor, @gcatanss! We had the best time with you and we already miss you so much! Love you! ❤️😘 pic.twitter.com/8OcH14eB8e

Moreover, Gabrielle was at the veterinary school on St. Kitts when the deadly hurricane struck. It was reported that St. Kitts suffered from a major power failure and multiple damages to the property and infrastructure. As the hurricane got worse, Dolores and her ex-husband Frank Catania lost all means of contact with their daughter. They wanted to bring back their kid, but the airport was shut down due to the bad weather. There was nothing left to do but pray.

Gabrielle’s Mother Was Worried During The Hurricane Irma

Gabrielle’s mother got so worried that she recalled and could not sleep for two days. Dolores and her ex-husband were continuously texting their daughter on WhatsApp. Finally, Gabrielle replied to her mother that she was safe. Then, Dolores asked her daughter to send a picture, but Gabrielle denied saying she didn’t want to use a lot of battery.

Later on, Gabrielle sent a video documenting palm trees whipping through the wind. Dolores then uploaded that video to her Instagram account, mentioning she was glad that her daughter was ok.

Furthermore, Dolores thanked everyone who prayed for her daughter’s safety. She also mentioned that nobody at the University got hurt. Later, news confirmed that the University suffered no major infrastructural damage.