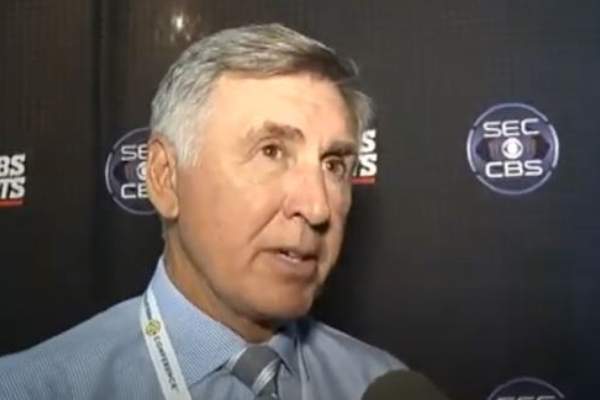 Gary Danielson is one of the prominent names in the football world. He is a college football commentator, who previously played quarterback for the Detroit Lions and Cleveland Browns. He has been working for CBS Sports since 2006. Before that, he worked for ABC Sports and ESPN. In his professional career, Danielson has gained immense fame and success.

Along with a successful professional career, Gary enjoys his family life. He has been happily married to Kristy Danielson for a long time. The couple has welcomed four kids in all these years of being together. As he remains in the limelight because of his profession, many must be curious to know about his family. Thus, in today’s article, let’s learn in detail about Gary Danielson’s children, whom he shares with his wife.

As mentioned earlier, the Detroit-born college football commentator shares marital bliss with Kristy Danielson. The couple tied the knot in 1973 and have been together ever since. In all these years of togetherness, the pair have become proud parents of four.

Nonetheless, the Danielson siblings must have had a wonderful time growing up together. They are already adults now and must be busy with their respective careers.

Gary Lost His Daughter When She Was 9 Days Old

Life is not always about rose petals; sometimes, we must go through thorns. Gary has been through some terrible incidents in his life, which must have left him devastated.

In 1980, Gary Danielson’s wife gave birth to their daughter, Kaity Danielson. The couple was ecstatic upon the arrival of their baby girl. But unfortunately, nine days later, she passed away due to a heart ailment. It must have been difficult for the parents to lose her.

While some people totally shut down as a response to grief, the late Kaity Danielson’s father focused on his career. Three days later, he played a game against the Packers. He not only won the match, it also became one of the best games in his career.

Being born to an athlete parent, it is natural that kids get interested in sports. Likewise, Gary Danielson’s son, Matt, also had a similar interest and has followed in his footsteps. At Rochester Adams High School, the younger Danielson had a successful playing career. He was named honorable mention all-state.

Furthermore, in his senior year, Matt was the team captain and MVP. He even led his school to the playoffs for the first time in the school’s history. Besides, the young sportsman was also the baseball team captain. After completing high school, he went to Northwestern University. In 1999, he was redshirted.

Then, the following year, the Rochester Adams High alumnus played eight games. In 2001, he played on special teams in the season-opener at UNLV but did not make any appearances at quarterback. Apart from that, it is unknown what he does these days as he has remained away from the limelight.

Kelly Is A Realtor

As mentioned earlier, Gary Danielson’s children have already grown up. They have a family of their own and are busy in their profession. Talking of which, his baby girl, Kelly, is a realtor at Edwards Danielson Realty.

Moreover, Gary Danielson’s daughter is a realtor/partner at World Class Realty Partners. Therefore, she must be doing well in her profession and earning a considerable sum. Also, as of November 2016, she was a coach at Florida Gulfside Volleyball Academy. Additionally, she was the CAP I Indoor Impact Certified Coach and even played at the University of North Carolina Asheville and Purdue University.

Talking about her personal life, Kelly is happily married to Hank Woodman. Furthermore, she is a proud mother of eight children, three girls and five boys. Like her, Kelly Woodman‘s daughter, Kaitlyn Thompson, also plays volleyball.

Gary Danielson’s granddaughter, Kaitlyn, graduated from Estero High School in July 2020 and enrolled at Daytona College. There, she played volleyball, and in 2022, she transferred to Limestone University.

All in all, Gary Danielson’s daughter must be proud of what Kaitlyn has achieved. Her other children are still young and must be going to school. We hope they have promising futures ahead.

Molly And Tracy Also Have Families Of Their Own

Well, we discussed about what Gary Danielson’s kids, Matt and Kelly, are doing. Now, let’s know more about Tracy and Molly.

Molly is happily married to Jeff Bronson II. The couple currently resides in Fort Myers with their three kids. However, the names and other information about Molly Danielson Bronson‘s children have not been revealed yet. But looking at their photos, the family of five seems to be having good times together.

Likewise, Gary’s daughter, Tracy, is also a married woman. She shares a blissful conjugal life with Kurt Massey. The duo has welcomed three kids, two sons, and one daughter. The family of five must be doing well too. All in all, Gary Danielson and his wife are proud grandparents of fourteen grandchildren as of 2013.

Gary is blessed to have a big family of his own. All of his kids must have made him proud. We hope to learn more about them in the coming days. Likewise, we wish the Danielson bunch have successful careers, and may they thrive at whatever they do in the near future.

The name Matt is the shortened form of the name Matthew. Matthew stems from the Hebrew name Mattityahu, meaning “gift of Yahweh” or “gift of god.” David is also derived from Hebrew, and it means “beloved.” On the other hand, the Irish name Molly is a girl’s name which means “star of the sea.”

The name Kelly is a unisex name with Irish, Scottish, and Gaelic origins, and it means “warrior” and “bright-headed.” Finally, the name Tracy is taken from the Irish word “treasach,” which means “war-like” or “fighter.”